Categorized as
9802
Tagged as
Canadaglyphosatepesticides
Related

The pesticide industry’s attempt to increase the legal levels of glyphosate (Roundup) in Canadian food has been paused after a public outcry. In a major shift in pesticide policy, the Government of Canada is hitting the pause button to suspend decisions on maximum residue levels (MRLs) for glyphosate and any other pesticide under MRLs consideration until independent science is available and considered. 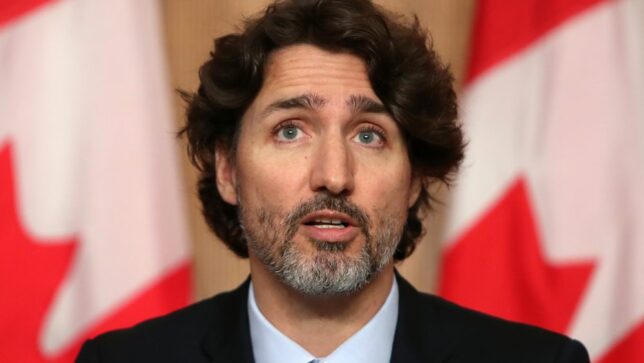 There are 15 other pesticides under active consideration for increase in maximum residue levels. More importantly, the Government of Canada will conduct a targeted review of the Pest Control Products Act (PCPA).

A serious review of the Pest Control Products Act (PCPA) is long overdue. There have been no substantive changes since it was enacted nearly 20 years ago. The Act is based on the Precautionary Principle but, in practice, appears to favour the interests of the industry it is supposed to regulate.

Friends of the Earth submitted three science-based submissions on pesticides in the past two months with requests that parallel many of today’s announced changes.

“We’re please to see many of the issues Friends of the Earth identified are being responded to in this announcement. We hope the announcement means that the Liberal government intends to proceed with pesticide regulation that is independent of corporate influence and in the best interest of human health and the environment,” said Beatrice Olivastri, CEO, Friends of the Earth Canada. “Our health, our children and grandchildren’s health depends on safe food and a safe environment as do pollinators and other wildlife.”

Health Canada’s PMRA accepted an industry request to increase the glyphosate Maximum Residue Levels in food and began a mandatory consultation period. The Agency’s proposed decision ignored up to date health research that shows glyphosate and its breakdown components (metabolites) are found in human urine samples, maternal and umbilical cord serum, and breast milk samples, indicating not only bioaccumulation in human tissue but multi-generational fetal transfer of trace pesticides. Friends of the Earth and many other groups protested this plan to support a trade measure for more glyphosate residue in food rather than protecting humans and the environment.

Earlier this spring, in its decision to continue use of the neonic, imidacloprid, Health Canada’s PMRA chose to use data received from an industry-led Water Monitoring Working Group, which includes Bayer, Syngenta Canada and the Canadian Canola Growers Association. PMRA threw out research findings from Environment Canada and independent scientists and completely reversed their earlier proposed decision which was to ban imidacloprid.

“Canadians must have trust in the important decisions on which pesticides can be used and how they can be used. This includes which pesticide residues are allowed to show up on our dinner plates. Recent experiences show Canada’s pesticide regulator had been captured by corporate interests and ignored health and environmental impacts and the precautionary principle,” says Ms. Olivastri. “Today’s announcement can be the beginning of the government re-earning people’s trust on pesticide matters. A lot depends on whether we see the work of independent scientists used in decision-making.”

“In advance of a likely federal election, it would be wise for each political party to clarify its position on safe food and the integrity of science policy,” concludes Olivastri.  “Canadians want food safety determined by independent scientists not faceless global corporations. And it’s clear that Canadians care deeply about the safety of pollinators.  After almost a decade of campaigning to save the bees, it turns out that saving babies from toxic pesticides needs the same kind of campaign.”