A new report from The Rockefeller Foundation finds that the US food system costs at least $3.2 trillion per year when taking into account its impact on the health of people, livelihoods, and the environment. 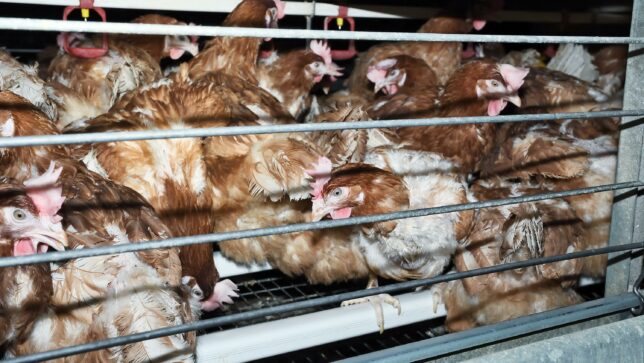 True Cost of Food: Measuring What Matters to Transform the U.S. Food System demonstrates that the true cost of food far surpasses our national expenditure on food, which totals $1.1 trillion per year, and disproportionately burdens communities of color, who face higher rates of diet-related diseases, have reduced access to water and sanitation, and often lack livable wages as producers and workers in the food system.

“This report is a wake-up call. The U.S. food system as it stands is adversely affecting our environment, our health, and our society,” said Dr. Rajiv J. Shah, President of The Rockefeller Foundation. “To fix a problem, we need to first understand its extent. The data in this report reveals not only the negative impacts of the American food system but also what steps we can take to make it more equitable, resilient, and nourishing.”

The report examines 14 key metrics across the impact areas of human health, environment, biodiversity, livelihoods, and more to quantify the true cost of food. The biggest unaccounted costs are negative impacts on human health, working conditions, the depletion of natural resources, worsening climate change, and biodiversity loss. Cross-cutting all of these impact areas, communities of color bear a disproportionate burden of the costs. Disparities outlined in the report include:

Accounting for these true costs can help policymakers, advocates, and other leaders make smart investments in our food system and save millions in the near- and long-term future. For example, if rates of diet-related disease were reduced to be comparable with the lower rates seen in countries such as Canada, health care costs could be reduced by close to $250 billion per year.

Similarly, if the U.S. can reduce agriculture-specific emissions to comply with the 1.5C pathway, then close to $100 billion could be reduced in additional environmental costs. Such changes will require coordinated and concerted action from all actors in the system – federal, tribal, state, local, and territorial governments; investors; private companies; consumers; academics; and advocates – that have the opportunity and imperative to use true cost thinking to reshape policies and behaviors.

“Measuring the true cost of food for Americans is a critical step in developing a roadmap to address these adverse impacts,” said Roy Steiner, Senior Vice President for the Food Initiative at The Rockefeller Foundation. “By leveraging the tools provided by true cost accounting, stakeholders in government, civil society, and the private sector will be able to better reshape policies and behaviors and catalyze change.”

The “True Cost of Food” report represents the continuation of a multi-year commitment by The Rockefeller Foundation to inform and drive food systems transformation in the U.S. and globally. In particular, the report builds on Reset the Table, released in 2020, which outlines the key actions needed to transform the U.S. food system in the wake of the Covid-19 pandemic.