Categorized as
4411
Tagged as
EFFATforestsglyphosateMaine
Related

The Maine Legislature last week approved a proposal to ban aerial spraying of some herbicides, including glyphosate, in the state’s forests, Associated Press reported. 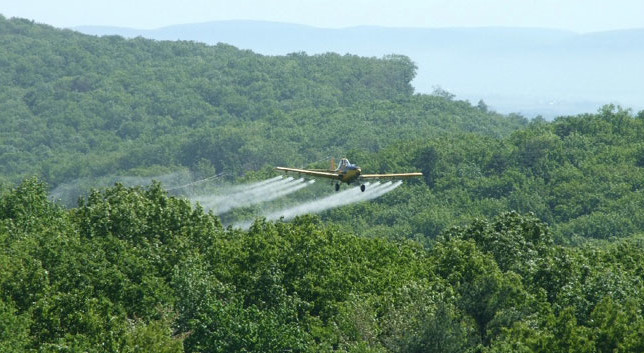 The proposal, introduced by Democratic Senate President Troy Jackson, bans the the aerial spraying of glyphosate and other synthetic herbicides as a forest management strategy.

UPDATE: Maine Governor Janet Mills has vetoed the bill that would have banned aerial spraying of glyphosate. She has been accused of being ‘too close’ to industry.

Jackson said he was concerned the herbicides seep into rivers and streams, jeopardize ecosystems and pose threats to human health. He said the ban was a step to “protect the health and well-being of the people working and living in northern Maine, and safeguard our natural resources for future generations.”

Across the pond in Europe, the European Federation of Food, Agriculture and Tourism Trade Unions (EFFAT) recently called for an immediate ban on glyphosate-based herbicides and other harmful pesticides.

“As sufficient evidence exists on the risks related to the use of glyphosate for workers, human health and biodiversity, EFFAT calls for the immediate ban of glyphosate as an active substance in herbicide products.”