One’s zip code plays an important role in the likelihood of developing Parkinson’s disease (PD), according to data published by Louisiana State University researchers in the International Journal of Environmental Research and Public Health. 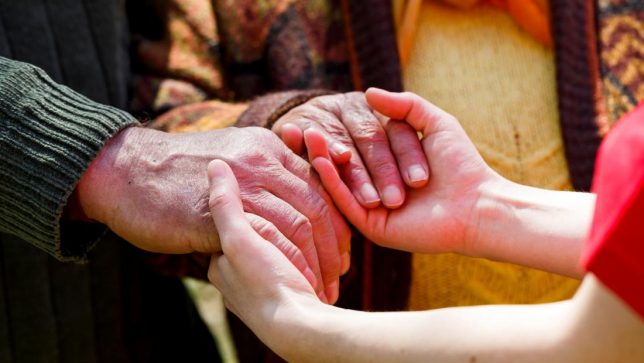 With genetics and exposure to agricultural pesticide use identified as the main factors affecting Parkinson’s disease, proximity to certain cropland and its effluent had a major impact on disease risk. As with most environmentally related diseases, this study highlights the disproportionate risk and environmental racism low income, indigenous and people of color communities endure.

Researchers received access to over 23,000 PD diagnoses in Louisiana between 1999 and 2012, and mapped these data by zip code. Risk was determined calculating the number of diagnoses per 10,000 people in a given zip code, based on census data.

To flesh out the role agriculture was playing in PD diagnoses, additional data derived from water quality samples taken by the Louisiana Department of Health and Hospitals, and the U.S. Geological Survey pesticide use estimates were compared against reported disease incidence.

Results show that certain zip codes faced significantly higher incidence of PD than others in the state. Further, “The PD high-risk areas match closely the arbor-pastoral areas of the state that are of deciduous and evergreen forests, forest not otherwise specified, and grass/pastures,” the study indicates. In Allen and Evangeline parishes, with heavy timber operations and abundant pasture land, researchers found upwards of 35 diagnoses per 10,000 residents.

The average annual incidence of of the disease in the state was found to be 2.9 per 10,000 people. According to census data, nearly 30% of people in Evangeline parish live below the poverty line, and roughly 1 in 5 adults under the age of 65 have a disability.

Researchers note that areas with high aquifer recharge potential had higher rates of PD diagnoses. The Sabine River, and the contribution of Texas agriculture was specifically cited in the study. “One does not have to be living on a riverbank to be drinking its water,” the study reads. In particular, the authors indicate that a number of Native American communities live the Sabine River aquifer and are at elevated risk due to the potential for drinking water to be contaminated.

The study identifies pesticide use, specifically 2,4-D, paraquat, and chlorpyrifos, on pasture land, forestry, or woodland operations, as major risk factors for PD. Areas where these chemicals quickly seep into drinking water are at highest risk. The authors indicate that a transition to glyphosate-tolerant crops seemed to lessen the disease risk in certain agricultural areas.

However, given glyphosate’s strong links to cancer, it is possible that risks shifted to different disease outcomes. Further, while glyphosate may have temporarily replaced the use of 2,4-D in many cropping systems, with glyphosate resistance on the rise, 2,4-D is making its way back into heavy use. In fact, the agricultural industry is now speeding towards multi-herbicide tolerant cropping systems, resulting in a much greater public health threat than any prior cropping system.

The study concludes with the following, “three aspects of Parkinson’s disease that need to be kept in mind: (1) It is, unfortunately, a disease that cannot be cured; it can only be prevented; (2) It is part of the agricultural ecology; (3) It is dynamic; its expression can change.”