In a time when the COVID-19 pandemic is dominating the global psyche, it is of course important to delve deeper into the background reasons for the failure of our immune systems to be able to cope with the serious threat of infectious diseases, which are likely to be a feature of the 21st century. 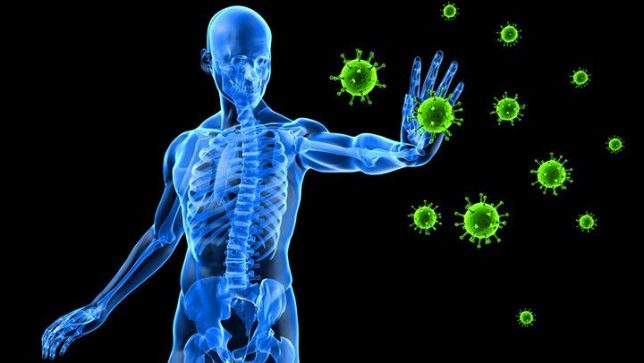 People all over the world are urgently trying to find out how to boost their own immunity as recent online data has shown; “Immune system” in food chatter on social media is up 66% month over month, Israeli data experts Tastewise revealed. “Usually, as we are getting closer to the end of winter we expect to see less of this function — but Covid-19 changed that.”

There is also a massive rise in the public’s understanding that certain human driven forces, including air pollution, have a direct link to the current crisis, which has been backed up by some excellent peer-reviewed scientific papers.

However, there has been very little discussion so far about the unsustainable overuse of the toxic chemicals that are used to produce the food we eat every day, which are so obviously having a direct impact on our immune systems, thus leaving us exposed to attack by infectious diseases.

Glyphosate, found in products such as Bayer/Monsanto’s Roundup, is a particularly serious culprit in this sphere, as it is the most used herbicide in the world and has also been shown to damage our immune system in a number of ways.

The Legal and Scientific Proof:

We are sure that you have heard about the high-profile Non-Hodgkin lymphoma cases in the U.S., which have proven that glyphosate-based herbicides cause this lethal cancer.

You may not know however that Non-Hodgkin lymphoma (also known as non-Hodgkin’s lymphoma, NHL, or sometimes just lymphoma) is a cancer that starts in white blood cells called lymphocytes, which are part of the body’s immune system. Lymphoma affects the body’s lymph system (also known as the lymphatic system), which helps fight infections and some other diseases.

Bayer/Monsanto recently settled claims in a proposed class action alleging that it falsely advertised that the active ingredient in Roundup Weed & Grass Killer only affects plants with a $39.5 million deal that includes changing the labels on its products.

The suit stated that Monsanto falsely claimed through its labeling that glyphosate, the active ingredient in Roundup, targets an enzyme that is only found in plants and would therefore not affect people or pets. That enzyme is in fact found in people and pets and is critical to maintaining the immune system, digestion and brain function.

Various peer-reviewed studies have been slowly unraveling the complex relationship between gut microbiota and immunity. They suggest that the interactions between the host’s gut and the bacteria that colonize our intestines help control how our body responds to illness.

You can support the Global Glyphosate Study Here

There are of course many other important peer-reviewed studies that have made the direct link between glyphosate and other pesticides and the severe damage they are causing to our immune system, some of which were covered in a major review published as early as 1996 – so this is not new or questionable science.

It is the perfect time for us all to take stock of the world that was widely accepted before the COVID-19 pandemic – it is now time for a major change to support global immunity and that change can be led by a glyphosate-free and pesticide-free food and farming system!