A new report from Friends of the Earth and Logos Environmental reveals that the use of gene editing in farm animals poses risks to human health, the environment and animal welfare. 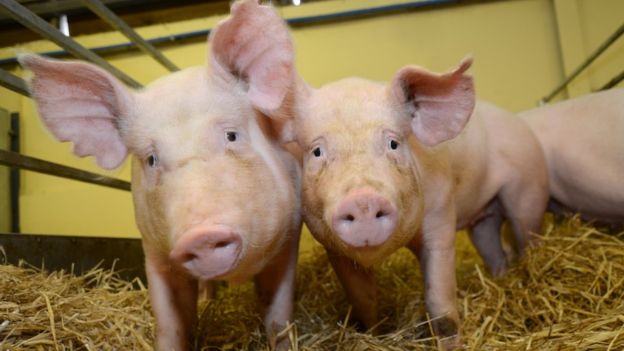 The report comes on the heels of research by the FDA showing that gene-edited hornless cattle have unexpected antibiotic resistant genes, despite researchers’ original claims that they did not contain any genetic errors. This new report sheds light on the unintended consequences of gene editing and considers the implications for U.S. regulations.

Many genetically engineered farm animals are currently in development, funded by private companies or governments and enabled by new gene editing technologies such as CRISPR. Examples include super-muscly cows and pigs, hornless cattle, chickens and pigs made to resist certain diseases, cows with human genes, and other genetic experiments. Production of these gene-edited farm animals is often done with little public awareness or input.

“The scientific evidence shows that gene editing, particularly in animals, is far from ‘precise’. Instead, it can produce unintended changes to genetic material and disrupt genetic processes. Such effects could have far reaching consequences for food safety, so these applications will require a rigorous assessment if they are to be used in agriculture,” said co-author Dr. Janet Cotter of Logos Environmental.

“Corporate profits are a major motivation behind these genetic experiments, and we should be wary of proposals for gene-edited farm animals,” said Dana Perls, report co-author and senior food and technology campaigner with Friends of the Earth. “The types of genetically engineered animals being developed will exacerbate the polluting factory farm model of agriculture and put more money in the hands of climate-destroying Big Ag. We need sustainable and ecological agriculture systems that support the health of animals, preserve and restore biodiversity and protect public health.”