Categorized as
5603
Tagged as
GM
Related

Sir Malcolm Conrad Walker CBE, an English businessman who is the founder, chairman and chief executive of Iceland Foods Ltd, a large grocery chain in the UK, wrote the article below in Retail Week, on why he stood up against GMO foods from the start! 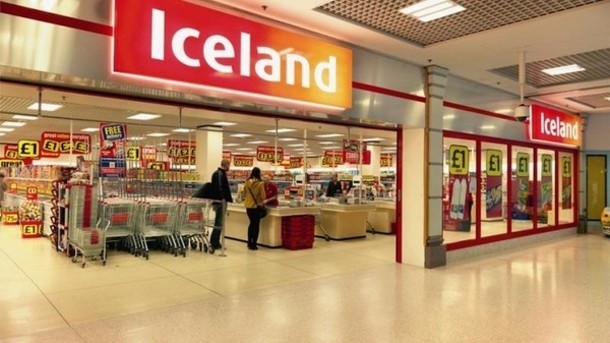 “In the headlines last month came news that another US jury had awarded huge damages against the chemicals giant Monsanto – $2bn in this case, to a couple who successfully argued that use of the glyphosate-based weedkiller Roundup caused their cancers.

Monsanto, now owned by Bayer, insists that Roundup is safe, and has announced that it will appeal. It is only fair to add that the US Environmental Agency declared in April that “there are no risks to public health when glyphosate is used in accordance with its current label and that glyphosate is not a carcinogen”.

Yet the latest case was the third such judgment in the US, and there are thousands more similar state and federal lawsuits in the pipeline.

All this took me back to March 1998, when Iceland made the groundbreaking announcement that we would make all our own-label food free of genetically modified (GM) ingredients by May 1 that year.

This was very much my personal decision, based on the belief that GM food was being foisted on consumers with no real understanding of the potential risks.

The central issue was soya beans – which, like palm oil today, found their way into a huge range of everyday foods. We heard a lot of pious claptrap then about how GM was going to feed the world and save the planet, but in reality the chief driver was enabling Monsanto to sell more weedkiller.

The ‘Roundup Ready’ GM soybean, invented in 1996, was resistant to glyphosate, allowing farmers simply to spray their crops to eliminate weeds in place of much more expensive mechanical methods. Its appeal to Monsanto and the farmers was obvious; the benefit to consumers rather harder to discern.

Anticipating resistance, Monsanto and the American Soybean Association joined forces to argue that it was impossible to segregate GM and conventionally grown beans. Consumers would literally have to swallow the product whether they liked it or not.

This massively offended me. Food sustains life, and having a choice about what we eat is surely among the most basic of human rights.

So I decided we would find other sources of supply and eliminate GM ingredients from our own-label food. Our technical manager was appalled and initially said that it could not be done. But he persevered and eventually we found alternative sources of non-GM soya that enabled us to fulfil our pledge.

The biotechnology industry fought back, but it was easy to argue that much of what they were doing was frivolous if not downright dangerous. The introduction of an Arctic fish gene to tomatoes, to increase their frost resistance and extend their shelf life, was a prime example at the time.

I am proud to be credited with inventing the term ‘Frankenstein food’ to describe GM creations like these.

We were the target of a vicious PR operation against us, deploying tactics even more deplorable than those of the highly personal smear campaign recently mounted against my son Richard for his stance on palm oil. But then as now, we stood our ground.

The rest of the British retail industry was initially indifferent – but then it became clear that we had really struck a chord with consumers. Very quickly every major supermarket in the country lined up behind us, declaring that their food would now be free of GM ingredients. The pressure was such that their caterers even banned GM food from Monsanto’s own UK staff canteen!

I think Iceland can honestly claim credit for the fact that UK food has remained almost entirely GM-free for 21 years until today. The only compromise that we and most others have made is to allow the use of GM animal feed, because this had become prohibitively expensive to segregate, based on categorical scientific assurances that it has no effect on the meat produced.

Our March 1998 press conference to launch the GM campaign had another huge benefit in introducing me to the late Peter Melchett, then the director of Greenpeace.

I’d actually signed up to the organisation years before, purely so that I could introduce myself as a fellow supporter when replying to people who confused us with Iceland the country, and wrote to me complaining that we were killing whales.

But now we forged a real partnership, working together to bring a new generation of environmentally friendly fridges and freezers to the British public. When Peter was jailed for trashing GM crops, I tested the sense of humour of HM Prisons by sending him an Iceland gateau containing a very large file.

This relationship has also endured, making Greenpeace a valued and critical friend during our more recent plastics and palm oil campaigns.

All these initiatives were driven by a genuine desire to Do The Right Thing, not for commercial gain – though obviously we didn’t complain where our action boosted sales, as our stance on GM ingredients certainly did.

Looking back now, while history’s final verdict on the safety or otherwise of Roundup may not yet be entirely clear, I have no doubt whatsoever that it was Iceland and not the GM industry that was really ahead of its time in 1998, and that this was an occasion when we really were Doing It Right.”