Categorized as
3230
Tagged as
autismglyphosatepesticides
Related

Autism spectrum disorder is a neurodevelopmental disorder characterized by restricted interests, repetitive behaviors, and deficits in social communication and interaction. Although the condition was previously considered rare, recent prevalence estimates suggest that 1.7% (1) to 2.6% (2) of children in the developed world are currently affected by autism. 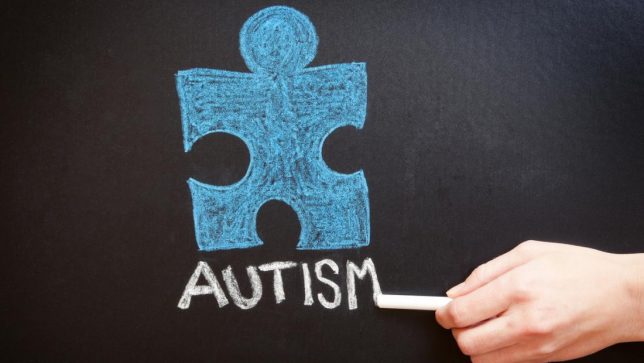 Editorial By Dr. A V Bakian and Dr. J A VanDerslice, University of Utah

Autism spectrum disorder is a complex and heterogeneous condition and much uncertainty surrounds the cause. Twin (3) and family based (4) studies have shown that it is a highly heritable condition, with inherited (5) and de novo (6) genetic sources contributing considerably to risk. Genetic risk, however, does not entirely explain autism’s aetiology, indicating that autism also has environmental origins. A growing body of scientific literature implicates exposure to ambient pesticides during pregnancy and early childhood as an environmental risk factor for autism spectrum disorder. (7,8,9,10)

The new study by von Ehrenstein and colleagues (doi:10.1136/bmj.l962) (10) using population based data from California represents the largest epidemiologic effort to date investigating the relations among exposures to ambient pesticides during pregnancy and early childhood and risk of autism spectrum disorder. The study focused on 11 common pesticides, selected based on prior experimental evidence of neurotoxicity. Exposure was assessed within 2000 m of the maternal birth addresses of women residing in California’s San Joaquin Valley, a heavily agricultural region.

The study identified modest increases in risk of autism spectrum disorder (adjusted odds ratios ranged from 1.10 to 1.60) associated with exposure to certain pesticides in the prenatal period and first year of life, including the organophosphates chlorpyrifos, diazinon, and malathion; the pyrethroids permethrin and bifenthrin; and glyphosate, avermectin, and methylbromide. Associations were strongest in offspring with autism spectrum disorder and co-occurring intellectual disability (odds ratios ranged from 1.27 to 1.60), which represent the more severe end of the autism spectrum.

The findings by von Ehrenstein and colleagues corroborate some earlier work, (7,8,9) much of which has been done in California using similar data resources (for example, autism cases identified from the California Department of Developmental Services (7,8) and/or exposure assessed using the California Pesticide Use Report). (7,9) But the new study moves our understanding of the science linking pesticides with autism spectrum disorder forward in several ways.

First, children with autism spectrum disorder and co-occurring intellectual disability were examined as a separate outcome. Higher odds ratios (about 30%) linked to pesticide exposure in offspring with autism spectrum disorder and comorbid intellectual disability might provide insight into how pesticide exposure relates to autism severity. Second, the authors formulated multi-pesticide models, including two or three pesticides from different chemical classes. This is important, as residents of California’s San Joaquin Valley are likely to be exposed daily to a complex mixture of ambient pesticides. The World Health Organization (11) and the US National Institute of Health (12) both stress the need to examine the joint effects of multi-exposure mixtures to more effectively protect human health. Additional use of this study’s dataset might be able to examine whether exposure to multiple pesticides has a synergistic effect on autism risk.

One limitation, however, is that the study included only children with a diagnosis of “autistic disorder” by the California Department of Developmental Services, based on criteria described in the Diagnostic and Statistical Manual of Mental Disorders version IV-R. (13) Children with milder forms of autism spectrum disorder, including those with Asperger’s syndrome or pervasive developmental disorders, were excluded, so we cannot know how the findings generalize to the entire autism spectrum.

Findings from observational epidemiologic studies, such as this, are important for motivating follow-up work intended to elucidate underlying biological mechanisms and inform public policy. As most research on this topic has been conducted in California, future work should aim to replicate this study’s findings in diverse regions of the world to determine generalizability.

In addition, although exposure to ambient pesticide is likely to follow a continuous distribution, von Ehrenstein and colleagues treated such exposure as a dichotomous “ever versus never” measure resulting in a loss of information and risk of misclassification. (14) Future research should examine biologically plausible dose-response and non-linear relations between exposure to ambient pesticide and autism spectrum disorder.

Finally, little is known about the individual level maternal and child characteristics that underlie an offspring’s vulnerability to autism spectrum disorder after exposure to ambient pesticides in the prenatal period and early childhood. Next steps in this line of inquiry should include identifying genetic and individual level characteristics that moderate and mediate the relation between exposure to ambient pesticide and risk of autism spectrum disorder.

The “ever versus never” dichotomization of pesticide exposure also has implications for the public health interventions that could follow. The risk of autism spectrum disorder was increased among offspring exposed to certain pesticides during pregnancy and early life, including glyphosate, the most commonly used herbicide worldwide. (15) Yet, reducing maternal exposure to zero for a pesticide such as glyphosate might be close to impossible in some populations. Although reducing maternal exposure to pesticides during pregnancy is sensible public health policy based on this study, future research exploring dose-response and non-linear relations and individual susceptibilities could help to translate these study findings into more refined public health actions for pregnant women residing in areas of high pesticide use.