Tanzanian civil society organisations (CSOs) welcome the decision of the Permanent Secretary of the Ministry of Agriculture, Livestock and Fisheries, Mathew Mtigumwe, to bring an immediate stop to all ongoing GMO trials taking place in the country. These are under the auspices of the Water Efficient Maize for Africa (WEMA) project which includes Monsanto, the Gates Foundation and national research centres. This decision has since been verified by the newly appointed Minister of Agriculture, Japheth Hasunga in latest media reports. 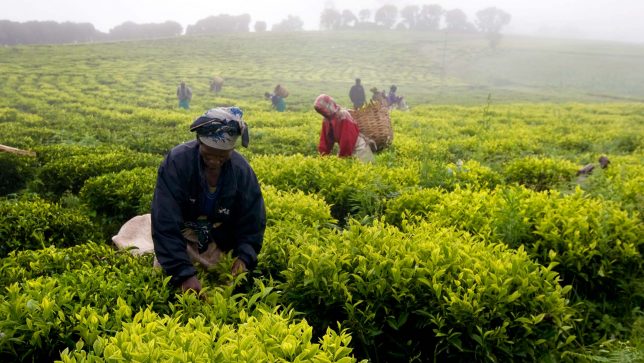 In a report issued by the Ministry, the Permanent Secretary ordered, with immediate effect, the cessation of all field trial operations and the destruction of all “the remnants” of the trials at the Makutupora Centre in Dodoma, where trials were taking place. This decision has come after the Tanzania Agriculture Research Institute (TARI) released the results of the trials without the necessary authorisation, when it invited certain members of the public, including the well-known pro GM lobbyist, Mark Lynas, to witness how ‘well’ the GM crops were performing. TARI also hosted a recent excursion to the trial site by the Parliamentary Committee on Food and Agriculture.

Unauthorised access to trial sites indicates collusion between biotech lobbyists and GM researchers paid by the Gates Foundation and others. Mark Lynas’s unethical social media hype uses Tanzania’s smallholder farmers in an instrumentalist way as a means to justify the introduction of GMO crops in the country, claiming that Tanzanians are poor and hungry. The statements of the pro-GM scientists have not yet been corroborated by the Ministry of Agriculture or related institutions such as the Tanzania Official Seed Certification Institute (TOSCI).

The biotech machinery both in Tanzania and elsewhere has supported a well-funded media campaign to spread pro GM propaganda and to push for the adoption of GM maize in the country, despite the questionable benefits for smallholder farmers. They have consistently made unsubstantiated claims about the GM varieties, including superior drought tolerance and resistance to fall army worm. In a media report ‘New push in pipeline for acceptance of GMO seed’, GMO trials were hailed as a “success” with the Director General of TARI claiming that ‘GMO seeds are a solution to the longstanding problems of pest invasions in farms across Tanzania’. These  unsubstantiated claims were made on the effectiveness of the insect resistant Bt trait -MON 810 – that was ‘donated’ to WEMA countries even though it has been phased out in South Africa due to massive and widespread insect resistance.

That the claims are unsubstantiated was confirmed by the recent decision of South African biosafety authorities to reject Monsanto’s application for commercial release of its triple stacked GM drought tolerant maize, MON 87460 x MON 89034 x NK 603. The decision was made on the grounds that the field trial data insufficiently demonstrated the claimed drought and insect resistant efficacy of the GM event. MON 87460 is currently being field trialed in Kenya, Uganda and Mozambique where the WEMA project is also active. The decision to stop the trials is another blow to the WEMA project following so soon after the South African decision.

Farmers’ organisations including Mtandao wa Vikundi vya Wakulima Tanzania (MVIWATA), the national smallholder farmers’ organisation, other CSOs, academics from the University of Dar es Salaam and members of the scientific community and the public within and outside the country, have openly criticized the WEMA project and the GM trials taking place in Tanzania. In a recent letter to a local newspaper, MVIWATA strongly expressed the view that “farmers have called for our government not to allow GMOs to be used in the country for obvious reasons that neither farmers nor the nation shall benefit from GMOs”.

Organisations have condemned threats by local scientists, who are paid by WEMA, to push for further revisions of the country’s biosafety regulations. The aim of proposed revisions is to change from strict liability to fault based provisions to allow the commercial release of the GM crops once the trials were completed. Strict liability means that whoever introduces GMOs into the environment is directly legally responsible for any damage, injury or loss caused. Fault-based provisions mean that the fault or negligence of whoever introduces a GMO will first have to be proven.

According to Janet Maro from Sustainable Agriculture Tanzania (SAT) “the move by the Permanent Secretary comes at a critical time when almost all media houses are publishing the pro biotech propaganda about the successes of the field trials without a shred of solid research data to back up their claims. We call upon the Permanent Secretary to encourage researchers to carry out farmer-centered research aimed at addressing current pressing challenges and to explore using locally available solutions to ensure sustainability and wider adoption of locally researched practices and technologies.”

Dr. Richard Mbunda a food sovereignty activist and lecturer from the Department of Political Science and Public Administration at the University of Dar es Salaam  also supported the view, recently writing an open letter to the President questioning the deployment of GM technology in the country.

Sabrina Masinjila, Tanzania-based research and advocacy officer at the African Centre for Biodiversity says, “we hope that this decision will help the government rethink investments when it comes to agricultural research. Rather than spending huge amounts of scarce public resources on failed and discredited GM technology, we should focus on strengthening existing research institutions, and support participatory farmer research on seed systems aimed at strengthening seed, food and national sovereignty.”