In what Monsanto and its supporters clearly see as an extremely worrying development, the GMO-supporting agribusiness giant Cargill has responded to the ever-growing demand for non-GMO products by announcing a new identity preservation programme for non-GMO crops and some new Non-GMO Project verified ingredients. And Cargill has done this very publicly, even tweeting, “We work closely with the #NonGMO Project & hope to have even more Cargill ingredients verified in the near future.” 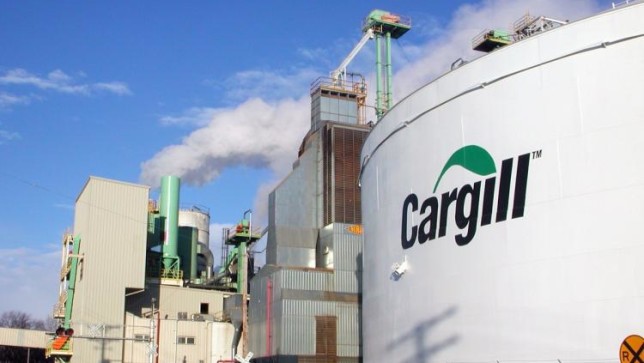 Predictably, Monsanto and its supporters have responded by trying to whip up hostility to the move, expressing particular outrage at Cargill linking up with the Non-GMO Project. Leading the charge on social media have been Monsanto’s Director of Millennial Engagement, Vance Crowe and the agrichemical industry propagandist Julie Kelly, whose husband is a lobbyist for Cargill’s main competitor, the agribusiness titan ADM.

Monsanto’s Crowe has accused Cargill of seeking to profit from the “hate & fear” spread by the Non-GMO Project, while Kelly’s Twitter feed is filled with similarly emotive attacks on the alignment of Cargill with the Non-GMO Project.

This follows a pattern. In the face of the growing number of Big Food corporations making non-GMO production and marketing moves, the GMO lobby has tried to whip up hostility among Monsanto-supporting farmers and others, and to direct this backlash at the companies making these moves, presumably as a way of trying to get these companies to take a step back and warn off others from following suit.

For years, the biotech industry has been able to rely on the fact that the US remains one of the few industrialized countries whose regulatory agencies do not demand the clear labelling of genetically modified foodstuffs. US food giants have been able to hide behind this and ignore consumer concerns. But as consumer frustration over the lack of choice and GMO labelling has mounted, this has started to change.

A trend that at first only took in the more obvious candidates, like Whole Foods Market, Ben & Jerry’s and Chipotle, has recently seen a growing number of Big Food giants starting to offer US consumers at least some non-GMO products. The giants have included General Mills, Unilever, and Chobani. Even the President of the US’s largest meat packer, Tyson Foods, has declared that these days they “just follow the consumer. We don’t try to convince the consumer that GMOs aren’t bad.”

Cargill has a poor record when it comes to supporting agricultural sustainability. But in this new development, it is coming across as the voice of reason, while the likes of Kelly and Crowe appear irrational and full of hate.