Argentinian Federal Prosecutor Fabián Canda has officially filed a request to the Federal Administrative Court of Buenos Aires to prohibit the sale of GMO seeds that are designed to be grown with glyphosate herbicides (Roundup Ready), due to the probable harm to human and environmental health being caused by the weedkiller. 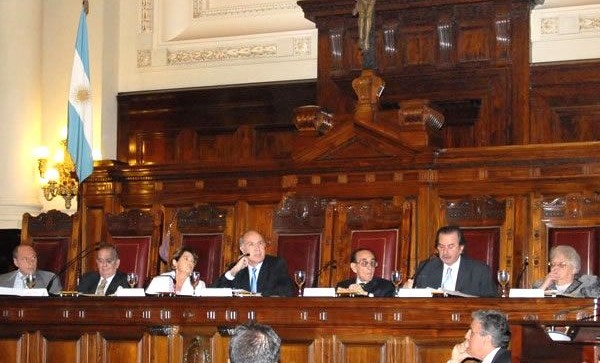 Canda’s request, which is based on the precautionary principle, also calls for a ban on the aerial spraying of glyphosate herbicides and a 5 km no-spray zone surrounding population centers, schools, villages, farm houses, rivers, lakes and groundwater wells.

Canda stated that it is appropriate to apply the precautionary principle and consider the conclusions of “scientific studies and technical reports carried out at the local and international level, including reports produced by control bodies such as the Auditor General’s Office and the Ombudsman’s Office.”

Canda emphasized that “these reports and the references in them reveal at least the probable harm being caused by glyphosate-based herbicides” and to ignore them “is to assume a position that contradicts the jurisprudence of the Federal Court on Environmental Matters, regarding the application of the precautionary principle by Argentinian judges.”

Argentinian law clearly states that authorizations for chemicals should not be granted without knowing the full environmental and health effects of the chemical. Canda concluded that “this is clearly not the case with glyphosate herbicides, the science has not been comprehensive enough.”

Canda’s request was filed on December 1 2016 and it will be reviewed by the Federal Administrative Court of Buenos Aires. A decision on the request will be released in the first 3 months of 2017.