Hillary Clinton’s presidential campaign Chairman, John Podesta, who is at the center of the Wikileaks e-mail storm, has now been linked to lobbying payments by the U.S. biotech giant Monsanto of $150,000 in 2015. 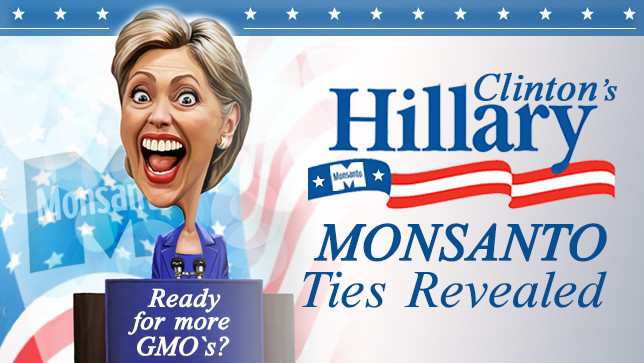 It was also revealed Saturday that Hillary Clinton’s campaign Treasurer Jose H. Villarreal has been linked to Monsanto lobbying payments of $150,000 so far in 2016.

This new Monsanto bombshell for the Clinton campaign was released by Brasil sem Monsanto and Sustainable Pulse following a search of publicly available lobbying records.

The lobbying disclosure records from the U.S. House of Representatives records show that Wilmer Cutler Pickering Hale & Dorr LLP “on behalf of Monsanto” made payments of $90,000 and $60,000 to the Podesta Group in 2015.

The Podesta Group is a lobbying and public affairs firm based in Washington, D.C.. It was founded in 1988 by John Podesta and his brother Tony Podesta. Tony Podesta is the current Chairman of the company and it was recently revealed in the Washington Examiner that he has been given special access to the White House by his brother John, who is no longer part of the family firm.

John Podesta himself was White House Chief of Staff under President Bill Clinton, an official Counselor to President Barack Obama and is now campaign Chairman to Hillary Clinton.

The Podesta Group has also received $90,000 so far in 2016 from the Biotechnology Innovation Organization (BIO), which is the world’s largest biotech trade association.

The Hillary Clinton campaign Monsanto lobbying revelations do not stop with the Podesta Group.

Clinton campaign Treasurer Jose H. Villarreal is a consultant with the lobbying firm Akin Gump Strauss Hauer & Feld LLP, which has received $150,000 from Monsanto and $60,000 from BIO so far in 2016. Prior to becoming a consultant for Akin Gump, Villarreal was a longtime partner of the company.

Akin Gump Strauss Hauer & Feld LLP, headquartered in Washington, D.C., is an American international law firm and the most profitable lobbying firm in the United States.

This latest Monsanto bombshell for the Clinton campaign follows the news from February this year that the global GMO promoters Cornell Alliance for Science, funded by the Bill and Melinda Gates Foundation, are giving Hillary Clinton as an example of one of the ‘powerful people‘ who supports GMOs and the Biotech industry worldwide.