The Yurok Tribe, which is currently the largest group of Native Americans in California, has announced that they are putting a full ban on the cultivation of GM crops and the release of GM animals in the Tribe’s territory. 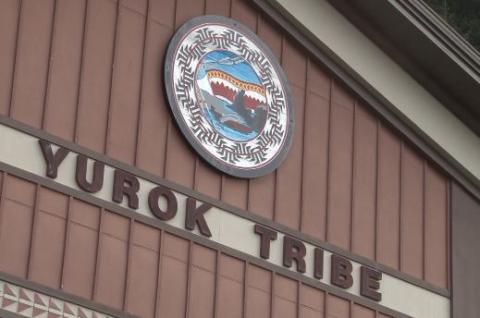 The Tribal GEO Ordinance prohibits the propagation, raising, growing, spawning, incubating, or releasing genetically engineered organisms (such as growing GMO crops or releasing genetically engineered salmon) within the Tribe’s territory and declares the Yurok Reservation to be a GMO-free zone. While other Tribes, such as the Dine’ (Navajo) Nation, have declared GMO-free zones by resolution, this ordinance appears to be the first of its kind in the nation.

This announcement comes on the heels of the Federal Food and Drug Administration’s (FDA) approval of genetically engineered “AquAdvantage” salmon in November.

On April 11, 2013, the Yurok Tribe enacted a resolution opposing genetically engineered salmon, and then secured a grant from the National Congress of American Indians (NCAI) to support the Tribe’s work in continuing to protect its ancestral lands, including: waters, traditional learning and teaching systems, seeds, animal-based foods, medicinal plants, salmon, sacred places, and the health and well-being of the Tribe’s families and villages. GMO farms, whether they are cultivating fish or for fresh produce, have a huge, negative impact on watersheds the world over. The Yurok Tribe’s homeland is on the Klamath River, where massive algal blooms, exacerbated by agricultural runoff and antiquated hydroelectric dams, turn the river toxic each summer.

The Yurok People have managed and relied upon the abundance of salmon on the Klamath River since time immemorial. The Tribe has a vital interest in the viability and survival of the wild, native Klamath River salmon species and all other traditional food resources.

“The Yurok People have the responsibility to care for our natural world, including the plants and animals we use for our foods and medicines. This Ordinance is a necessary step to protect our food sovereignty and to ensure the spiritual, cultural and physical health of the Yurok People. GMO food production systems, which are inherently dependent on the overuse of herbicides, pesticides and antibiotics, are not our best interest,” said James Dunlap, Chairman of the Yurok Tribe.

The Ordinance allows for enforcement of violations through the Yurok Tribal Court. Yurok Chief Judge Abby Abinanti stated, “It is the inherent sovereign right of the Yurok People to grow plants from natural traditional seeds and to sustainably harvest plants, salmon and other fish, animals, and other life-giving foods and medicines, in order to sustain our families and communities as we have successfully done since time immemorial; our Court will enforce any violations of these inherent, and now codified, rights.”

The Yurok Tribe is working with other Tribes in a regional collaborative as part of the Northern California Tribal Court Coalition (NCTCC), and the Tribe and NCTCC are co-hosting an Indigenous Food Sovereignty Summit in Klamath in the spring of 2016.

A signed copy of the ordinance can be found on NCTCC’s website: nctcc.org/Page.asp?NavID=13