News that Germany is to follow Scotland in banning GM crops under new EU rules has been welcomed by the Scottish National Party (SNP). 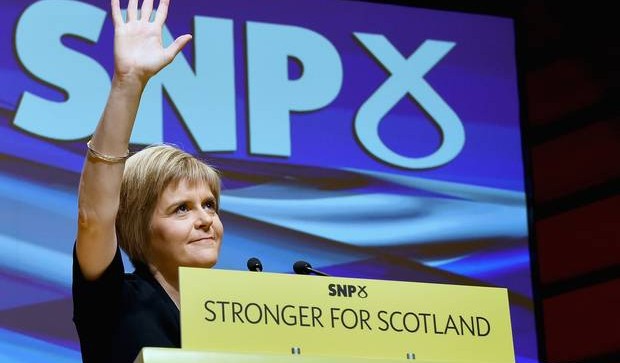 German Agriculture Minister Christian Schmidt has informed German states of his intention to use a new EU law, passed in March, to ban the use of GM crops. This follows the Scottish Government’s announcement earlier this month that they will take similar action to protect Scotland’s clean, green status.

The German announcement also comes as Professor Carlo Leifert, Professor of Ecological Agriculture at Newcastle University, said that he strongly believes the Scottish Government ban on GM crops is right and that “there are likely to be significant commercial benefits from Scotland being clearly recognised as a GM-free region”.

“Like Scotland, the German Government recognises the importance of protecting its food and drink sector and keeping its environment clean and green.

“The position taken by the Scottish Government has been welcomed by key stakeholders including leading scientists such as Prof. Carlo Leifert who have commended the Scottish Government for taking this action and warning that there are potentially significant public health risks as well as negative biodiversity and environmental impacts associated with growing GM-crops.

“Scotland’s food and drink sector is worth £14 billion nationally and is the lifeblood of many communities – taking this step protects our green brand and reputation for quality food.

“In government, the SNP has ensured that Scotland is at the forefront of environmental protection – legislating for world-leading climate change targets, significantly increasing renewable generation and placing a moratorium on fracking. The German decision shows that Scotland is now also leading Europe on GM crops.”