Categorized as
70674
Tagged as
developmentEnvironmentallandpesticidesproductionseedstechnology
Related

Pope Francis slams both GMOs and pesticides in a draft of his major environmental document that was leaked Monday. He has also called for the financing of independent and interdisciplinary research to study GMOs. 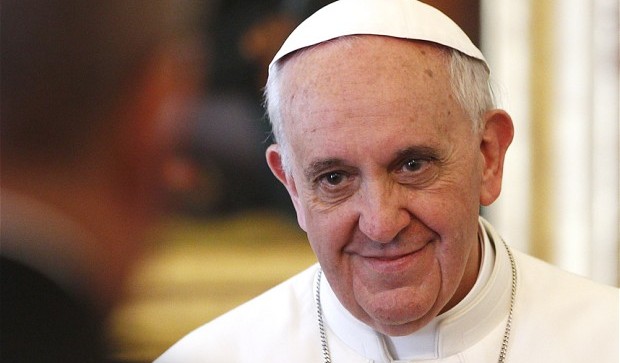 You can find the full draft document here (In Italian): speciali.espresso.repubblica.it/pdf/laudato_si.pdf

On the subject of GMOs Pope Francis states; “It is difficult to give an overall judgment on the development of genetically modified organisms (GMO), plant or animal, for medical purposes or in agriculture, since they can be very different and require different considerations.”

He continues; “Although we do not have definitive evidence about the damage that transgenic cereals could cause to humans, and in some regions their use has produced economic growth that has helped solve some problems, there are significant problems that should not be minimized. In many areas, following the introduction of these crops, there has been a concentration of productive land in the hands of the few, due to the gradual disappearance of small producers, who, as a consequence of the loss of cultivated land, have been forced to retreat from direct production.

“The most fragile among them become temporary workers and many farm workers migrate to end up in miserable urban settlements. The spread of these (GM) crops destroys the complex web of ecosystems, decreases diversity in production and affects the present and the future of regional economies. In several countries there is a trend in the development of oligopolies in the production of seeds and other products needed for cultivation, and the dependence deepens when you consider the production of sterile seeds, which end up forcing farmers to buy (seeds) from producers.”

“No doubt there is a need for constant attention…to consider all ethical aspects involved. To this end it is necessary to ensure a scientific and social debate that is responsible and large, able to consider all the information available and to call things by their names.

“GMOs is an issue which is complex, it must be approached with a sympathetic look at all its aspects, and this requires at least one more effort to finance several lines of independent and interdisciplinary research… as we have seen in this chapter, the technique is unlikely to be able to …self-limit its power.”

On pesticides Pope Francis states; “We get sick, for example, due to inhalation of large amounts of smoke produced by fuels used for cooking and heating. This is added to by….fertilizers, insecticides, fungicides, herbicides and toxic pesticides in general. Technology that is linked to finance, claims to be only solving problems…this solves a problem by creating others.

“It creates a vicious circle in which the intervention of the human being to solve a problem often worsens the situation further. For example, many birds and insects die out as a result of toxic pesticides created by technology, they are useful to agriculture itself, and their disappearance will be compensated with another technological intervention that probably will bring new harmful effects… looking at the world we see that this level of human intervention, often in the service of finance and consumerism, actually causes the earth we live in to become less rich and beautiful, more and more limited and gray, while at the same time the development of technology and consumerism continues to advance without limits.”

37 Comments so far. Feel free to join this conversation.