Friends of the Earth has applauded the launch of the Non-GMO Project’s most recently updated Standard, which clarifies that ingredients derived from synthetic biology are included in the organization’s definition of genetically engineered organisms and in their list of prohibited substances for micro ingredients. 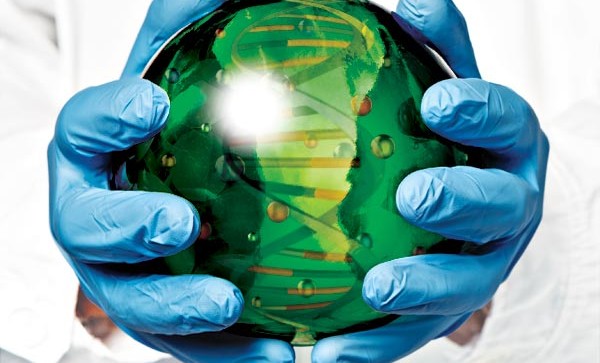 This change ensures that moving forward, ingredients derived from synthetic biology will not be allowed in the more than 33,000 products that are Verified by the Non-GMO Project, North America’s only third party verification program for non-GMO food and products. Synthetic biology — or synbio — is a new set of “extreme” genetic engineering techniques that include using synthetic DNA to re-engineer organisms, such as yeast and algae, to produce substances they would not normally produce.

“The Non-GMO Project’s proactive stance on synthetic biology will help raise awareness about this virtually unregulated and unlabeled form of genetic engineering rapidly entering our food and consumer products,” said Dana Perls, food and technology policy campaigner with Friends of the Earth.

“Synthetic biology is an experimental form of artificial gene manipulation, and as such carries many of the same consumer concerns as genetic engineering,” said Megan Westgate, Executive Director of the Non-GMO Project, “because of this, our Standard treats synthetically modified organisms (SMOs) just as rigorously as GMOs.”

“The Non-GMO Project and other leading companies are doing the right thing by listening to the growing number of consumers who don’t want extreme GMOs,” said Perls. “Now it’s time for other major food and consumer product companies to step up as leaders.”

“To put a natural label on synthetic biology products is a dishonest act which will hurt small scale farmers who cultivate the real plant, while caring for real people and real forests,” said Alejandrino Garcia Castaño, a vanilla farmer from Veracruz, Mexico. “We have fought to maintain our dignity as farmers and producers in a competitive market. We want to continue in a way that will not sacrifice the world’s forests, soils, identities and traditions.”

Synthetic biology employs a new set of genetic engineering techniques that involve artificially constructing or “editing” genetic material such as DNA in order to create new forms of life, or to attempt to “reprogram” existing organisms. Despite growing concerns about the possible impacts of synthetic biology organisms on human health and the environment, and a lack of independent safety assessment, the U.S. Food and Drug Administration has allowed synthetic biology vanilla and other similarly created food and cosmetic ingredients to enter the market classified as “Generally Regarded as Safe.” This classification, however, is derived through an outdated process with minimal testing requirements that rely on companies to self-evaluate the safety of their products.

More information about synthetic biology can be found at www.foe.org/synbio