A statement signed by over 300 scientists and legal experts to the effect that there is “No consensus” on the safety of genetically modified (GM) crops and foods has been published in a peer-reviewed open access journal, Environmental Sciences Europe.[1] It now belongs to the body of open peer-reviewed scientific literature and stands as a citable publication. 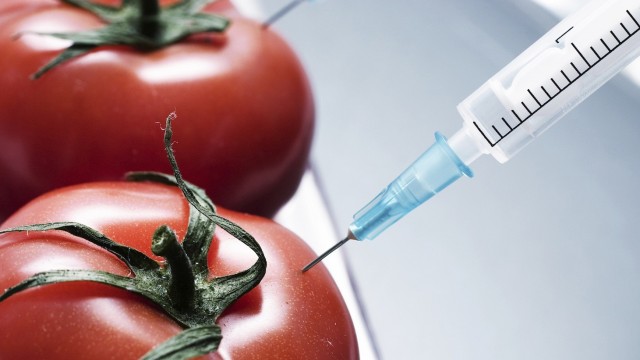 Dr Angelika Hilbeck, one of the authors of the published statement and chair of ENSSER, said, “As well as receiving the endorsement of the peer reviewers at the journal, the statement has also been peer-reviewed and transparently endorsed by more than 300 scientists and experts from relevant fields of inquiry, including molecular biologists and biotechnologists.”[2]

The statement was first published in late 2013 in response to claims from the GM industry and some scientists and commentators that there is a “scientific consensus” that GM foods and crops are safe for human and animal health and the environment. The statement calls these claims “misleading”, adding, “The claimed consensus on GMO safety does not exist.”

Nicolas Defarge, also a co-author of the statement and a member of the ENSSER board, said:  “Progress in science occurs through controversial debate involving scientific arguments. Our statement, peer-reviewed and published in the open access literature, is now one of them. The debate about the health effects of the long-term consumption of GMOs and of the residues of pesticides they contain is ongoing. It can only be solved by further studies using accurate protocols enabling the investigation of long-term effects. These must be published in open access journals with the raw data being made available and not kept secret. We should bear in mind that the studies performed by industry to support the release of GMOs on the market are usually not peer-reviewed at the time the GMO is commercialized.”

“I wholeheartedly support this thorough, thoughtful and professional statement describing the lack of scientific consensus on the safety of genetically engineered crops and organisms. Society’s debate over how best to utilize the powerful technology of genetic engineering is clearly not over. For its supporters to assume it is, is little more than wishful thinking.”

Another co-author to the statement, Jack Heinemann, Professor of Genetics and Molecular Biology at the Centre for Integrated Research in Biosafety, University of Canterbury, New Zealand, said: “Public confidence in GMOs will not increase as long as some scientists try to keep the public and other scientists from asking legitimate questions about their safety, efficacy and value. Even if all questions about existing GM plants were answered tomorrow, that would not mean that future products should be exempt from questioning and thorough testing. Instead of shouting, ‘Don’t look here, we have a consensus already’, we should address the cause of public mistrust. This is best done by embracing open discussions of GMOs informed from a variety of points of view, acknowledging and including the true diversity of scientific opinions.”

The statement is open for further signatories at www.ensser.org.

Co-author to the statement, E. Ann Clark, retired associate professor at the University of Guelph, Canada, stated: “Groupthink is perhaps the best way to characterize claims of scientific consensus on the safety of GM crops. This phenomenon, explored by the research psychologist Irving Janis, refers to the irrational outcomes that result when pressures to conform within a like-minded group degrade mental efficiency, reality testing, and moral judgment. Consensus claimers manifest striking consistency with Janis’s symptoms of groupthink, including illusions of invulnerability, collective rationalization, and suppression of dissent. The reality is that there is no consensus on GMO safety. Strident and incessant claims of such a consensus must not override the urgent necessity for well reasoned and conducted research into the safety of GM crops.”

Another signatory to the statement, Elena Alvarez-Buylla, Professor of Molecular Genetics at Universidad Nacional Autónoma de México (UNAM), stated: “The fully referenced statement demonstrates that scientific evidence is substantiating the environmental and health risks related to the release and consumption of GM crops, rather than indicating that there is a scientific consensus on GMO safety. Some of the risks imply worrying consequences involving irreversible dynamics. For example, the spread of GMOs could cancel options for an agroecological, healthy and sustainable food production system and jeopardise centres of crop origin and diversification, thus putting at risk food security. Corporate agribusiness, with its reliance on GM crops and agrotoxic substances such as glyphosate, threaten food sovereignty and public health. There is an urgent need for a precautionary stance. We should avoid further releases of GM crops and their associated pesticides into the environment and food supply.”