GeneWatch UK called on supermarkets Wednesday to wake up to the environmental harm caused by genetically modified (GM) animal feed, imported from North and South America. Blanket spraying of Monsanto’s RoundUp Ready GM crops with the weedkiller RoundUp has destroyed the habitat of the Monarch butterfly in the United States to such an extent that a petition was filed yesterday seeking endangered species protection for the butterfly, which has declined more than 90 percent in under 20 years. 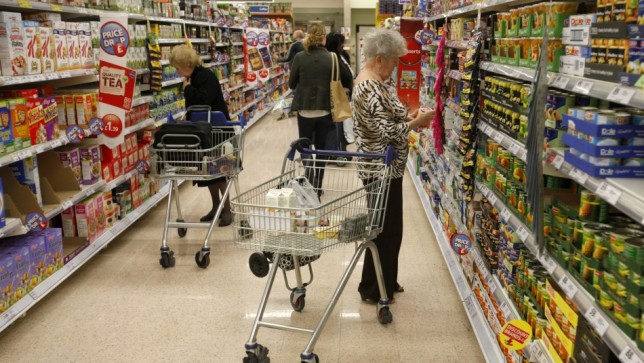 “Supermarkets should act now to secure GM-free-fed meat, milk and eggs for all their customers” said Dr Helen Wallace, Director of GeneWatch UK, “They must help to save the Monarch butterfly and protect other wildlife habitats from being destroyed by blanket spraying with RoundUp”.

RoundUp Ready GM crops are imported to the UK in large quantities for use in animal feed. Meat, milk and eggs from animals fed with GM crops are not labelled so consumers have no choice, unless they buy organic. Major supermarkets, except Waitrose, have backtracked from commitments to phase out the use of GM animal feed in the last few years. Sainsbury maintains only one GM-free fed product line, whilst other supermarkets such as Tesco and Morrisons claim they cannot source GM-free feed. However, in some European countries, such as Sweden, GM feed is not used at all, and in Germany and France many labelled GM-free-fed products are available.

The Center for Biological Diversity and Center for Food Safety, the Xerces Society and renowned monarch scientist Dr. Lincoln Brower filed a legal petition yesterday to the U.S. Fish and Wildlife Service seeking Endangered Species Act protection for monarch butterflies. In under 20 years it is estimated that these once-common iconic orange and black butterflies may have lost more than 165 million acres of habitat – an area about the size of Texas – including nearly a third of their summer breeding grounds (1).

The butterfly’s dramatic decline is being driven by the widespread planting of GM crops in the Midwest United States, where most monarchs are born. The vast majority of GM crops are made to be resistant to Monsanto’s weedkiller Roundup which is blanket sprayed on Monsanto’s RoundUp Ready GM crops. This has virtually wiped out milkweed, the monarch caterpillar’s only food.