Brazilian scientists and members of social movements have appealed to Pope Francis to join forces with them in an attempt to persuade the Brazilian government no longer to allow the cultivation and use of genetically modified foods and their by-products in Brazil. 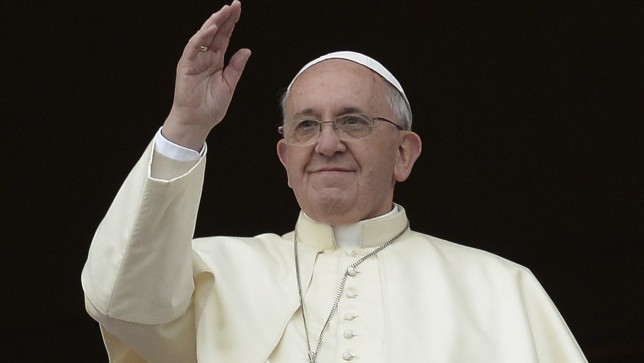 In a letter sent to the Vatican late in April, eight researchers from six countries argue that, if international companies are authorized to register manipulation processes or the properties of life forms, like seeds, food security would be threatened and biopiracy encouraged.

The letter includes a commission given by the Via Campesina (the International Peasant’s Movement) to scientists involved in social movements and includes a number of initiatives launched by organizations from the civil society, like the petition, drawn up in 2009, that shows over 800 researchers who oppose the genetically modified organisms (GMO).

A copy of the document sent to the pope was delivered to the National Conference of Bishops of Brazil (“CNBB”).

According to biosecurity expert Rubens Nodari, the text mentions several studies which credibly show how harmful these foods can be to biodiversity, the environment at large, not to mention the health of people and animals.

“In the public sphere, the debate over GMOs has narrowed considerably. If we get the Church involved – who knows – we may raise awareness in other sectors of society about these threats,” said Nodari. He went on to point out that Brazil has signed international biosecurity treaties, like the Cartagena Protocol on Biosafety, which makes the precautionary principle mandatory in debatable cases.

João Pedro Stédile, a member of the board of directors of the Homeless Workers’ Movement (MST), mentioned a range of reasons why the movements oppose the GMOs: “The Via Campesina, for instance, is against them for both social and political reasons. The GMOs allow companies to hold the property rights over seeds, which are part of the common heritage of mankind.

“These seeds increase the use of poison, which has led Brazil to rank as the world’s top user of toxic substances. When combined, GMOs and poison kill living beings and harm biodiversity. The seeds aren’t democratic either. They contaminate the traditional ones.”

After receiving a copy of the document, CNBB Secretary-General Dom Leonardo Ulrich Steiner noted that the pontiff has already expressed an interest in the matter by mentioning his plan to write an encyclical on environment protection.

“The holy pope is very interested in these issues. Surely, if, while talking to scientists, he realizes the ethical role of the issue and the need to utter a word, he will. There’s no doubt about it, because he’s a person who holds opinions and one who has underlined that the economy must not be prioritized over the human person,” stated Dom Leonardo, who is considering talking to the pope in person during a meeting slated for September.

Apart from expert Nodari, the letter also bears the signature of agricultural engineer Ana Maria Primavesi, from Austria; the late Andrés Carrasco, an Argentinian expert on cell biology; Elena Álvarez-Buylla Roces, PhD in molecular genetics from the University of Mexico; Pat Mooney, a Canadian investigator; Paulo Kageyama, an agricultural engineer who specializes in genetics and biodiversity from the University of São Paulo; Indian physicist and philosopher Vandana Shiva; doctor Wanderlei Pignati, from the Federal University of Mato Grosso.