A pesticide that the Parks Department sprayed onto public greenspaces more than 1,300 times last year may be associated with non-Hodgkin lymphoma and breast cancer, recent scientific studies found — sparking concerns that the chemical could put children at risk. 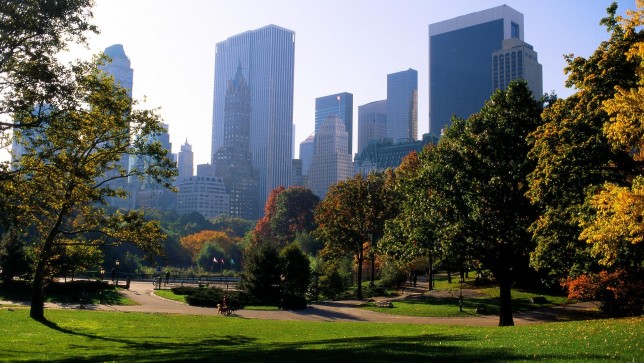 The Parks Department sprays the pesticide, called Roundup, to kill weeds that harbor rats on “little-used” areas near playgrounds, officials said. The city posts warning signs for 24 hours before and after spraying.

“In order to keep rats out of the playgrounds and meadow areas, we must use Roundup,” Parks Department spokesman Phil Abramson said. “It is not used inside playgrounds but is often used on little-used slopes outside playgrounds precisely because overgrown weeds near playgrounds harbor rats.”

The city defended its use of Roundup, which was sprayed in public parks 1,365 times in 2013. That was a 22 percent increase from the previous year as officials phased out other weed-killing chemicals that were deemed more toxic, according to a Health Department report.

The department declined to release data breaking down how many times Roundup is sprayed in individual parks.

Experts fear the city may not be enough to keep children safe, especially in light of a study published in April by the International Journal of Environmental Research and Public Health that found Roundup’s active ingredient, glyphosate, is associated with lymphoma.

Dr. Philip Landrigan, a professor of pediatrics at Mount Sinai, called the study “very authoritative” and believes the city should consider reevaluating its use of the chemical.

“But children are the group at second highest risk because their play patterns, such as stick hunting, put them in close contact with the chemicals.”

He added: “Any amount of exposure to a suspected chemical carcinogen is dangerous. More is worse.”

Ginsberg believes the city should leave up signs warning parkgoers about Roundup for 72 hours after spraying, not just 24 hours.

But Abramson said the city is taking sufficient precautions by putting up caution signs for 24 hours after spraying because “according to product information, the product is inert within 24 hours and is considered harmless at this point.”

The Parks Department tries to limit pesticide use as much as possible, but it is not always possible to control weeds by pulling them out by hand or using mulch, Abramson said.

Roundup’s manufacturer Monsanto also defended the safety of the product.

Of the April lymphoma study, she added, “Their hypothetical claims aren’t supported by the available evidence.”

The city decides which chemicals are safe to use based on, among other things, a list that the U.S. Environmental Protection Agency publishes of chemicals that are possible, probable or likely carcinogens.

The federal Environmental Protection Agency currently classifies glyphosate as a non-carcinogen but is reviewing the latest studies and updates its list of chemicals annually, officials said.

“We review data such as these using a peer-reviewed and well-accepted framework to examine the links between the use of pesticides and environmental effects,” the EPA said in a statement.

“Many cases that show a correlation do not demonstrate a cause and effect connection and the cause of the effect remains unknown.”

Regardless of the EPA’s classification, Ginsberg, the toxicologist, raised questions about spraying near playgrounds, since pesticides can drift into surrounding areas.

Children are particularly at risk because they put hands and objects — like grass — in their mouths, which could lead to “substantial” exposure, said Ginsberg, who teaches at Yale and the University of Connecticut.

“Parents should always wash children’s hands frequently and especially before eating,” Ginsberg advised. “Having alcohol-based sanitizer handy when at the park is a good idea to use on children.”

That’s the approach that Michael Boskett, 53, takes with his 2-year-old daughter, Bianca.

“We have to wash our kid’s hands and of course we don’t let her eat anything she finds around the city,” Boskett said on a recent morning at Minetta Playground, where a barely legible sign was posted cautioning park-goers about a rodenticide was being used in the small Village green space.

Some parents at the playground said they wished the sign was bigger or that the Parks Department publicized when and where they were using chemicals. But, generally, many felt that city park life — with its dog poop, rats and all — could never be a truly sanitized experience.

“Basically if you try to shield your kids from everything, they’ll never have fun,” Boskett said.