The Lahore High Court has ordered the federal government to stop issuing licences for genetically-modified (GM) varieties of cotton or corn until a legal framework is put into place to assess the new types of genetically modified organisms (GMOs) that are fast cropping up every day. 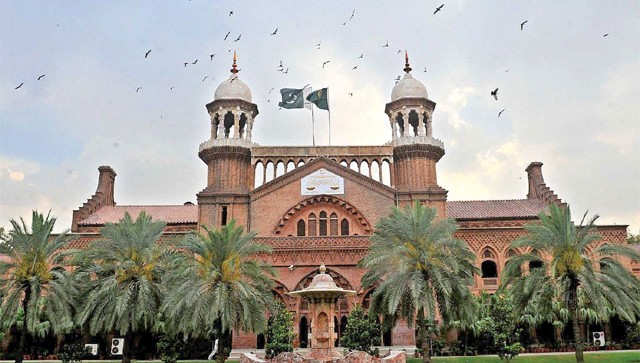 The decision effectively halts and prohibits the supply and sale of fresh GM seeds in Pakistan including pest-resistant strains of Bt cotton and Bt corn. These varieties are genetically altered to be more resistant to certain types of pests and diseases.

However, these GM corn varieties include strains MIR162 and MON810, both of which have been banned by China and some European Union countries.

The court issued the order on Monday when a public interest petition was filed by the Kisan Board Pakistan, a farmers’ rights network.

The Farmers Association of Pakistan has been complaining about the sale of poor quality Bt cotton seeds in the open market for quite some time. But even as Pakistan heads towards the commercialisation of GM crops, there is still no strong regulatory system in place, no trained technical staff or any well-equipped laboratories that can properly analyse GM crop strains.

“The use of uncertified varieties of GM seeds increase input costs for farmers. The low levels of pest resistance in these seeds have increased insects’ immunity, necessitating the use of nearly double the normal amount of pesticides. The NBC also relaxed germination levels for crops from 75 per cent under Seed Act, 1976 to less than 50 percent,” Chaudhry Gohar, a progressive cotton farmer from Multan, told Dawn.

Kisan Board Director Complaints Rafiq Butt said, “We needed to stop the government from approving uncertified GMOs. Pakistan’s textile industry will suffer the most if the quality of our cotton deteriorates.”

The petition maintains that after the 2010 devolution of the subject of environment to provincial governments under 18th Amendment, the NBC was no longer competent to approve licences for GM seeds.

The petition also asserted that many of the varieties seeking commercial licences had not been subject to proper risk assessments such as laboratory and field tests.

The Kisan Board argued that substandard seeds were being hastily approved by NBC in violation of environmental safeguards prescribed by the Cartagena Protocol, an international agreement on bio-safety that “seeks to protect biological diversity from the potential risks posed by GM organisms resulting from modern biotechnology”.

Pakistan is also a party to the agreement.

“Since the passage of the 18th Amendment, however, none of the provinces had taken steps to provide a new regulatory regime for GMOs, leaving a legal vacuum,” a senior official Pakistan Agriculture Research Council (PARC) official told Dawn.

During proceedings on Monday, representatives of the Textile Industries Division and the director general (DG) of the Environment Protection Agency (EPA) was also present.

The Textile Industries Division submitted that nearly 85 per cent of the cotton sowed in Pakistan is Bt cotton, but conceded that the use of unapproved varieties was widespread and needed regulation.

“The Foreign Office has also conveyed its concern to the Climate Change Division that the subject of GMO seeds is a matter of grave concerns for national security and trade. It can be used as a biological weapon of mass destruction,” said Khurshid who was appearing on behalf of the federation.

Documents available with Dawn show how the Foreign Office treats GMOs as potential “biological weapons of mass destruction”, which could be used to destroy Pakistan’s major crops such as potato, wheat, rice, corn, cotton and vegetables through modified viruses, bacteria and other parasites.

Kisan Board counsel Ahmad Rafay Alam told Dawn, “The bio-safety committee is restrained from issuing any GM organism licences and the government has been directed to establish a new regulatory regime for the implementation of the Cartagena Protocol.”