Green America’s GMO Inside campaign today launched a major push to get Starbucks, America’s largest coffee chain with more than 20,000 stores in 62 countries, to serve only organic milk sourced from cows not fed GMOs. 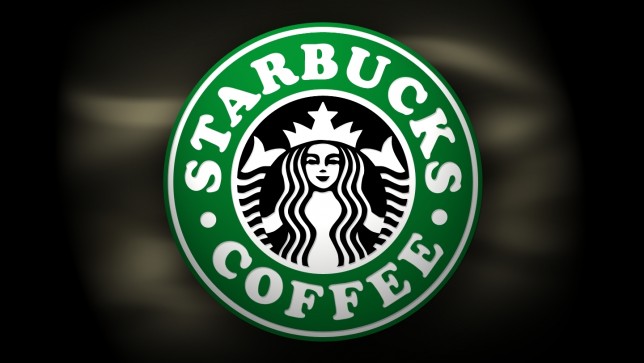 In early January, GMO Inside made worldwide headlines when its social media campaign led General Mills to announce that it would drop genetically modified ingredients in basic Cheerios.

The new campaign website calls on Starbucks to stop sourcing milk from cows fed genetically modified organisms (GMOs) in feed, including corn, soy, alfalfa, and cottonseed, and to use a third-party verifier to ensure that the milk used at Starbucks stores is, in fact, sourced from cows eating non-GMO feed.

“Starbucks already serves soy milk that is organic and non-GMO. Consumers also deserve dairy milk held to the same standard and level of quality,” stated Green America’s GMO Inside Campaign Director Nicole McCann. “Consumers will put pressure on Starbucks to serve only organic, non-GMO milk. And the reality is that the process Starbucks put in place to remove rBGH from its milk source can be used to source organic milk.”

In 2008, in response to consumer and investor concerns, Starbucks committed to source only milk that is rBGH-free (milk free of a growth hormone injection in cows). GMO Inside is now asking the company to take the next step by serving only organic milk from cows that are not fed GMOs. In the current industrial animal agriculture system, most cows providing non-organic milk are fed corn and soy, which are dominated by GMOs. Additionally, the overuse of antibiotics in industrialized farming is contributing to the spread of antibiotic-resistant bacteria, putting us all at risk.

The move GMO Inside presents is commercially feasible inasmuch as Pret a Manger, another quick service food and coffee chain, has already made a commitment to serving organic milk in its stores and sells coffee at competitive prices.

“Starbucks made the right move in removing growth hormones from its milk,”stated Green America President and GMO Inside Co-Chair Alisa Gravitz. “However, Starbucks has sent confusing messages to its customers by stopping short of addressing long-term environmental as well as human and animal health concerns. In contrast, Pret A Manger, a growing and thriving quick service chain, already serves only organic dairy and soy at comparable prices.”

“The days when a global company like Starbucks can hide GMOs from the customer are over. The age of transparency is here and I expect Starbucks will shortly realize it’s in its best interest to eliminate GMOs from its supply chain,”said GMO Inside Co-Chair John W. Roulac.

“As a dues paying member of the Grocery Manufacturers Association (GMA), Starbucks has helped bankroll efforts to defeat GMO labeling in the US for the past two years. It’s time for Starbucks to commit to transparency and the highest quality ingredients for their customers,” said Dave Murphy, founder and executive director of Food Democracy Now!

“Consumers are increasingly looking for organic milk. I stopped drinking Starbucks lattes once I found out the health implications of consuming non-organic milk. Starbucks would be surprised to see how many more customers would start visiting their stores if they started serving it. This is a win-win situation for everyone,” stated Vani Hari, creator of FoodBabe.com.

GMO Inside’s campaign is launched on the heels of the consumer victory to get GMO ingredients out of original Cheerios. GMO Inside mobilized 50,000 people to post comments on Cheerios’ Facebook wall and mobilized over 35,000 consumers to write to and telephone the company.

General Mills’ decision to remove GMOs from original Cheerios was joined in the past year by Post Cereals removing GMOs from original Grape Nuts; Chipotle, Ben & Jerry’s, and Kashi agreeing to phase out GMOs from their foods; and Whole Foods announcing that it will label GMOs sold in its stores by 2018.