Categorized as
15459
Tagged as
COPEFCTGMGMOMonsantoSeraliniStudy
Related

150 scientists from around the World have condemned the retraction of French scientist Gilles-Eric Séralini’s study on GM Maize and Roundup, as a bow to commercial interests. 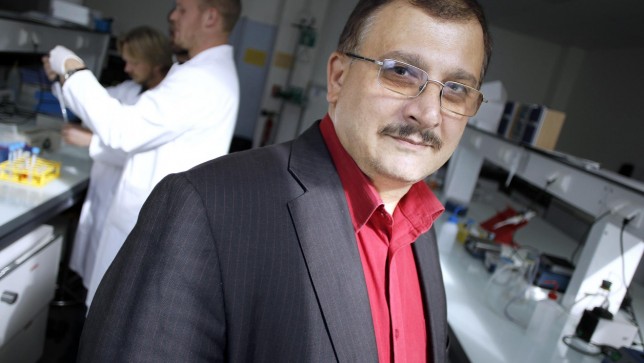 The number of scientists and experts condemning a journal editor’s retraction of a study that found serious health effects in rats that ate a Monsanto genetically modified (GM) maize and Roundup herbicide has climbed to 150.

The editor of the Elsevier journal Food and Chemical Toxicology (FCT), Dr A. Wallace Hayes, claimed he retracted the study by Prof Gilles-Eric Séralini’s team because some of its findings are “inconclusive”. This rationale was widely derided by scientists, who pointed out that many studies contain inconclusive findings.

The retraction came just months after the arrival of a former Monsanto scientist on the editorial board of FCT.

One signatory of the petition opposing the retraction is Dr Mohamed Habib, Professor of Entomology at the University of Campinas, Brazil. He said the retraction was an indication of how economic interests have influenced scientific journals. Prof Habib said, “It is a criminal attitude. Truth and ethical values have to be considered as more important than money. The article must be reinstated.”

Three researchers writing in the journal Environmental Health Perspectives criticised the retraction as “a significant and destructive shift in management of the publication of controversial scientific research”.

A former member of the editorial board of FCT, Marcel Roberfroid, condemned the retraction in a letter to the editor of the journal, saying, “Your decision, which can be interpreted as a will to eliminate scientific information that does not help supporting industrial interests is, in my view, unacceptable.”

In a separate initiative, over 1200 scientists have pledged to boycott Elsevier over the retraction.

Critics of the retraction have said that it violates the guidelines of the Committee on Publication Ethics (COPE), of which FCT is a member. FCT editor Hayes, on the other hand, claimed that COPE guidelines supported his decision to retract the paper.

COPE has responded to a complaint from Prof GE Séralini about the retraction with an admission that it is powerless to investigate or make a judgment on the dispute, saying that the decision on how COPE guidelines are interpreted “lies with the editor and publisher”.

Claire Robinson, coordinator of endsciencecensorship.org, called COPE’s response “disappointing”. She said, “This shows the limitations of voluntary guidelines in cases of unethical or unscientific behaviour on the part of editors of scientific journals. Nothing can be enforced, so editors have ‘carte blanche’ to play fast and loose with scientists’ research and reputations.

“In the interests of not misleading scientists who submit papers to the journal, FCT should resign from COPE, since the editor’s actions are incompatible with the COPE guidelines.”

The retraction is already being used by GM industry lobby group ISAAA to push for the release of a GM pesticide-containing eggplant in the Philippines. Last year seven expert witnesses tried but failed to rebut the Séralini study in a court of law. The court subsequently banned field trials of the GM eggplant, which was developed by a Monsanto subsidiary, to protect health and the environment. Following the retraction, ISAAA wants the ban on the eggplant to be overturned.

Claire Robinson said, “It seems that the editor of FCT, Dr Hayes, effectively did the job for the GM and agrochemical industry that the expert witnesses failed to do. The witnesses couldn’t demolish the study through scientific argument, so it had to be removed from the record. That is what Séralini’s critics told Hayes to do, and he obliged.”