Categorized as
11016
Tagged as
GMincreasePanamarangeriskUKUSA
Related

Oxitec’s notification for the export of GM mosquito eggs to Panama contains no risk assessment for its planned experiments, despite this being a requirement under EU law.  GeneWatch UK warned that the Panamanian authorities or the Gorgas Institute could be liable if anything goes wrong with the experiments, as they have failed to require the company to assess the risks. 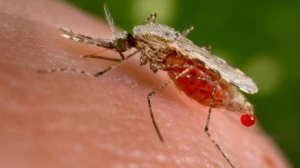 For article in Spanish view here

GeneWatch UK obtained the transboundary notification document from a Freedom of Information request to the UK Government. EU law requires Oxitec to provide a risk assessment which meets EU standards to Panama prior to exporting GM mosquito eggs, and for Panama to provide prior written consent to import . The notification fails to include the required risk assessment and instead claims that the regulators in Panama have produced their own, with input from the Gorgas Institute, and that Oxitec has not seen this risk assessment .

“Oxitec’s risk assessment is an essential part of the decision because it gives the company’s view on everything that could go wrong with the experiments ” said Dr Helen Wallace, Director of GeneWatch UK, “It is negligent of Oxitec to fail to do this risk assessment, which should meet European standards. It may be impossible to hold Oxitec liable for anything that’s incorrect or missing if the experiments have been approved based on a different risk assessment that they claim they haven’t even seen.”

According to a report in El Siglo, Oxitec will bring the GM mosquito eggs to Panama next week and are planning to release 240,000 GM mosquitoes per week. The experiments have been delayed and there is confusion about when they will start.

“Public consultation on the risk assessment is essential so local people can be sure they know the pros and cons” said Dr Wallace.

GeneWatch has previously highlighted a number of issues that need to be considered in the risk assessment so that local people can make a properly informed decision about taking part.

The major issues are:

1.       Impact on mosquito populations. Oxitec has not assessed the possibility that mosquito numbers in areas neighbouring the trials could increase as a result of the experiments, or considered the serious risk that another species of dengue-transmitting mosquito, Aedes albopictus (the Asian Tiger mosquito), increases in numbers if the numbers of Aedes aegypti decrease. Researchers at Panama University have described Aedes albopictus as more dangerous than Aedes aegypti and it is regarded as a more invasive species which may be very difficult to tackle if it moves into the area (4). In its draft risk assessment submitted to regulators in the USA Oxitec states (5): “It is not clear to what extent Ae. albopictus could or would expand its range into areas currently dominated by Ae. aegypti but it is reasonable to expect a degree of such expansion if no countervailing activities are undertaken”.

2.       Impact on dengue fever. Oxitec has published no evidence that population suppression of Aedes aegypti mosquito numbers in its target area will actually reduce the incidence or severity of dengue fever or the more severe form of the disease dengue hemorrhagic fever (DHF). In its draft risk assessment submitted to regulators in the USA Oxitec states (6): “It has been suggested that, in countries with very high transmission rates, reduction in transmission could increase the frequency of dengue hemorrhagic fever (DHF) even while decreasing the incidence of dengue fever”. In its draft risk assessment for the USA, Oxitec then dismisses this concern by making an unproven claim that the reduction in transmission will be well below the necessary level and pointing out that this concern is not relevant to the USA (where dengue fever is not endemic). However, this risk is highly relevant in Panama.

4.       Survival and spread of GM mosquitoes. In the laboratory, 3% of the offspring of Oxitec’s GM mosquitoes survive to adulthood, even in the absence of the antidote tetracycline. This percentage could increase as resistance to the genetic killing mechanism evolves over time. When GM mosquitoes were fed cat food containing industrially farmed chicken, which contains the antibiotic tetracycline, the survival rate increased to 18% (8). A number of studies have found thatAedes aegypti mosquitoes can breed in septic tanks where there are high levels of contamination with antibiotics such as tetracycline. They also commonly live in areas where discarded takeaways are likely to contain meat contaminated with tetracycline. Increased survival rates would reduce the effectiveness of any population suppression effect over time, increase the number of biting GM females, and potentially allow the GM mosquitoes to establish in the wild.

5.       Transfer of other traits to wild mosquitoes. When Oxitec’s GM mosquitoes breed with wild mosquitoes some of their other genetic characteristics will be passed on to the local wild mosquito population. Different strains of the same species are found in different places and some strains are more resistant to insecticides than others or better transmitters of disease. Oxitec’s GM mosquitoes are not developed from a native strain so the possible introduction of such traits needs to be considered. There are four different types of dengue virus and the harm to people’s health can be increased if some types can be transmitted more easily by the introduced strain than they were by the wild species already in the area. Other viruses, such as Yellow Fever, are also transmitted by Aedes aegypti mosquitoes and the impact of the new strain on transmission of such viruses also needs to be considered.