A few years ago WikiLeaks published 251,287 American Embassy dispatches. The action named “Cablegate” was more a spectacle from the German point of view. The world learned what US diplomats thought about the German Chanceloress (Teflon-Kanzlerin) and about the Federal Foreign Minister (incompetent), but these weren’t actually real secrets. 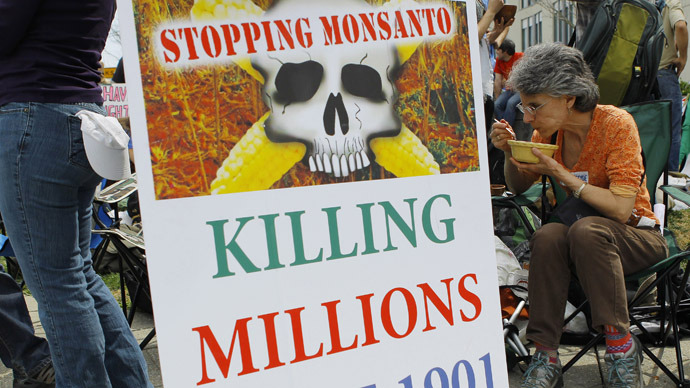 However, a part of the dispatches allows new insights into the lobbying of US diplomats on behalf of American companies. Partially these are high-level efforts of the diplomats. They really take care of their own companies. Including Monsanto.

The organization Food & Water Watch, which is known to be critical of gene technology, has evaluated 900 dispatches, which, in part at least, deal with the agrarian multi-national Monsanto. The correspondence deals mainly with how scientists, farmers, journalists, politicians, and government representatives could be convinced of the “blessings” of genetic engineering and how risks can be addressed.

Sometimes the question is discussed how laws and regulations could be influenced in favor of cultivation of genetically modified plants. According to the report, the dispatches address almost twice as frequent corporate interests versus food aid. At the same time Monsanto critics will not be too surprised.

The diplomatic leaks also provide insight into the situation in Bavaria, where Monsanto’s opponents are especially numerous and, in part influential. In November 2008, for example two top managers of Monsanto complained to the American Consul General in Munich about their suffering; he had it committed to paper.

The rejection of genetically modified plants in Bavaria has reached a dimension that Monsanto as a trademark is suffering. The diplomats noted the concern of the Monsanto representatives that the “populist Prime Minister of Bavaria Seehofer” and his former environment minister Markus Söder could exacerbate the image problem [of Monsanto]. Monsanto is being “demonized”, because the politicians reject the use of genetic engineering and would talk about it all the time. In fact Monsanto in Germany has long focused on the sale of conventionally farmed seeds, as there is little interest in business with genetic technology. The image of the brand as a whole is considered to be at risk, due to all the talk about genetic engineering, although the business with the Monsanto maize MON810 has been reduced to almost “a hobby” status. It has become difficult, to get on the calendar in any of the ministries, the Monsanto Mangers complained, and the board of the Farmers’ Union in Bavaria is “full of hate”.

The US Consulate in Munich promises to take up Monsanto’s case with the Bavarian government to ensure that Monsanto will be treated “fair”. This does not sound promising. When the German Agriculture Minister Renate Ilse Aigner (CSU) 2009 banned the genetically engineered maize variety MON810 from German fields, the Group responded rather routinely. Monsanto sued the federal government – and then lost in two instances in court.

The US diplomats, who are experts in acting aggressively behind the scenes, are obviously searching for the right strategy for Europe in order to represent Monsanto. For example, in a diplomatic document of 16. April 2009 the “plight of MON810” is described. Germany prohibited the controversial variety of genetically modified maize at that time. The diplomats concurrently worry about the European Parliament elections. Once again, the future of MON810 is up for discussion: “It is therefore essential to find new and creative ways, to work with a new parliament and a new Commission.” The objective is not only a renewal of the approval of MON810 and a repeal of the prohibition in the Member States however also the accreditation of further products in the “Genetic Engineering Pipeline”.