Categorized as
8477
Tagged as
cancerEUEuropeanfalckFDAherbicidesmaizeMonsantoUS
Related

Although there are widespread objections in the European Union against genetically modified food, Monsanto wants to introduce a new, highly controversial genetically modified maize variety to the European market: SmartStax, a high-tech plant of the new generation. It is not only resistant to two herbicides, but simultaneously produces poisons against six pest groups. This is a novelty. No other plant has this much-changed genetic material, according to the experts. The application for a marketing accreditation is contradictory to Monsanto’s press release at the end of May, that there would be no further genetic engineered plants introduced to the European market. 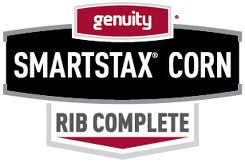 By MARIANNE FALCK and SILVIA LIEBRICH

Risks to man and the environment: Unknown. There are no long-term studies on Smartstax. The genetically modified maize has been tested only on chickens that have been fed with the maize for 42 days. Even the European food inspectorate considers such a trial to establish or exclude risks to be inappropriate. Nevertheless, the food inspectorate intends to grant a marketing accreditation, as it has previously with other genetically modified plants. Advocates of the group are members of the European Commission, of important governmental and decision-making bodies and industry associations.

The Agriculture Ministers of the 28 European Union (EU) member states paved the way for Smartstax on Thursday this week. Since no clear majority formed in a vote among the member states, the EU Commission can decide. The responsible EU Commissioner for Health, Mr. Tonio Borg, has made no bones about the fact that he will vote in favor of the accreditation despite his concerns.

Consumer advocates fear that potential risks of Smartstax could be disguised – and this concern certainly is founded in facts. Scandals run like a red thread through the history of Monsanto.

One of the controversial products includes aspartame. Monsanto produced the sweetener for more than ten years before the division was sold in 2000. Without the intervention of the former US Defense Secretary Donald Rumsfeld, aspartame may have never obtained accreditation. In the early 1980s, he was head of then Aspartame manufacturer G. D. Searle. Rumsfeld’s task was it to restructure and prepare the ailing company for sale to Monsanto. To achieve that he had to address the health concerns. Several studies at the time showed that aspartame could cause cancer. The Federal Drug Administration (FDA) questioned the accreditation. Rumsfeld solved the problem thanks to his good connections to the White House. The FDA got a new boss – and gave permission to proceed. Aspartame is one of the best-selling sweeteners and an ingredient in drinks and confectionery.

Equally, Monsanto produced the poisonous chemical PCB for decades – prohibited worldwide since 2001. Although the company knew the dangers of PCB since the end of the 1930s, Monsanto continued for almost four decades the unlawful dumping of toxic waste near the city of Anniston in the state of Alabama. Despite evidence, US authorities refused for a longtime to investigate the allegations. Monsanto cleared up the problem in 2003 by paying compensation of $700 million US Dollars. The region belongs to one of the highest cancer contaminated areas in America, with cancer rates well over the country’s average.