Following our call for a ban on the importation, cultivation, consumption, and sale of genetically modified foods and crops in Ghana, until the people of Ghana are satisfied that such an important and irrevocable decision is a sound and proper one to make, Food Sovereignty Ghana has received an invitation from the US Embassy in Accra to a CLOSED DOOR “Roundtable Discussion and an Interdisciplinary Presentation on biotechnology at the US Embassy on July 10”. After a careful deliberation we have decided to turn down the invitation because it does nothing to advance our cause for a public debate on the issue. We believe that it is of primary importance for the general public to know and evaluate the arguments for and against the introduction of GMOs into our food chain. We have decided to issue this statement to call on the US Embassy to join us in our call for openness and transparency in this very important national conversation by engaging us PUBLICLY. We hereby announce our readiness to critically examine every single claim in favour of GM technology. 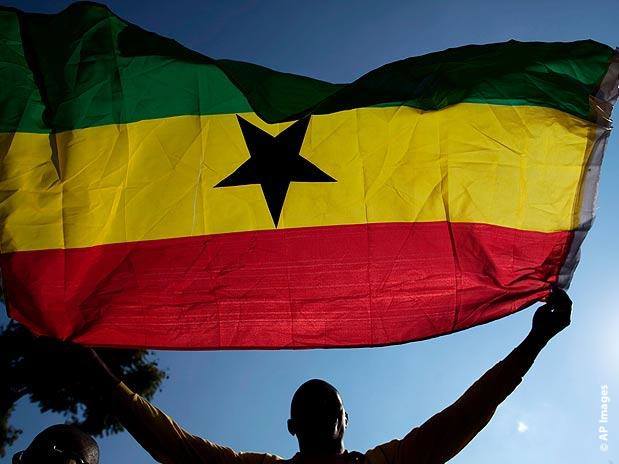 Meanwhile, we reiterate our call for a moratorium on GM crops in Ghana. This call has even become more poignant as a result of comments coming from Members of Parliament indicating the level of the ignorance of our Parliamentarians who passed the Ghana Biosafety Act. For example, Mr. Maxwell Kofi Jumah, the Honourable Member of Parliament for Asokwa categorically stated during the Morning Show on Adom FM, hosted by Adakabre Frimpong Manso, on Thursday, 4th July 2013, that “Members of Parliament had no knowledge of biosafety, so on what grounds did they pass the Biosafety Act?” We need to listen to reliable experts on the subject.

We stress that since the first ever International Assessment of Agricultural knowledge, Science and Technology for Development (IAASTD), the UN Report which was co-sponsored by FAO, GEF, UNDP, UNEP, UNESCO, WHO and the World Bank, and approved by 58 governments, in 2008, despite intense opposition from the powerful GM lobby, backed by the US government, the G8, among others, the claims that GM technology could play any role in feeding the world or alleviating poverty have consistently failed to stand any independent scrutiny.

For the avoidance of any doubts, we are not in opposition to science. We insist that Ghana needs to listen more to experts such as the 400 independent scientists assembled by the United Nations that recommended that there are indeed, a number of very sensible, responsible uses of biotechnology agriculture. These come under the general umbrella of “Gene Mapping Augmented Plant Breeding”, or “Marker Assisted Selection”. This has been recommended as a powerful technology which even the industry is embracing. This is cheaper, effective, and not subject to the monopoly of multinational corporations.They are also not subject to the exclusive patents that require farmers to eternally pay royalties to these multinational corporations.

We must not forget that the biotech propaganda is not only about biosafety. It is also about getting us dependent on their hybrid  seeds, crops, fertilizers, markets, etc. It is about creating inroads for American agribusiness into our agriculture for the sake of their corporations and not necessarily for the sake of our farmers or the Ghanaian consumer. The fundamental importance of this, especially with the claims that we need GM in order to make plants tolerant to drought, and saline-tolerant, and flood tolerant and all the rest of it in the face of Climate Change, is that all these desirable properties are multi-gene. It is not just one gene that confers these properties unto a plant, but multi-gene families, working in a very co-ordinated way.

Our position is that GMO technology is a failed technology and cannot deliver these, as it is simply beyond what it can do. Independent experts are telling us for example, ‘What we can do with biotechnology is map the genes within the DNA of the plant, of one variety of plant that says “drought-tolerant”, and another variety of the plant that says “high yielding… we can breed them naturally, and then use gene mapping methods, to identify the plant offspring which combines the genes, the multi-gene families that confer high yield and drought tolerance.” We believe this is where we should be putting our money, not in GMOs! We hereby call upon the US Embassy and their “experts” to respond PUBLICLY in order to open the discussion and share their views with all Ghanaians.

For Life, the Environment, and Social Justice,