On 5th July, Hon Justice Prabha Sridevi, Chair of the Intellectual Property Appellate Board of India, and Hon Shri DPS Parmar, technical member, dismissed Monsanto’s appeal against the rejection of their patent application to the Patent office for “Methods of Enhancing Stress Tolerance in plants and methods thereof.” The title of the patent was later amended to “A method of producing a transgenic plant, with increasing heat tolerance, salt tolerance or drought tolerance”. 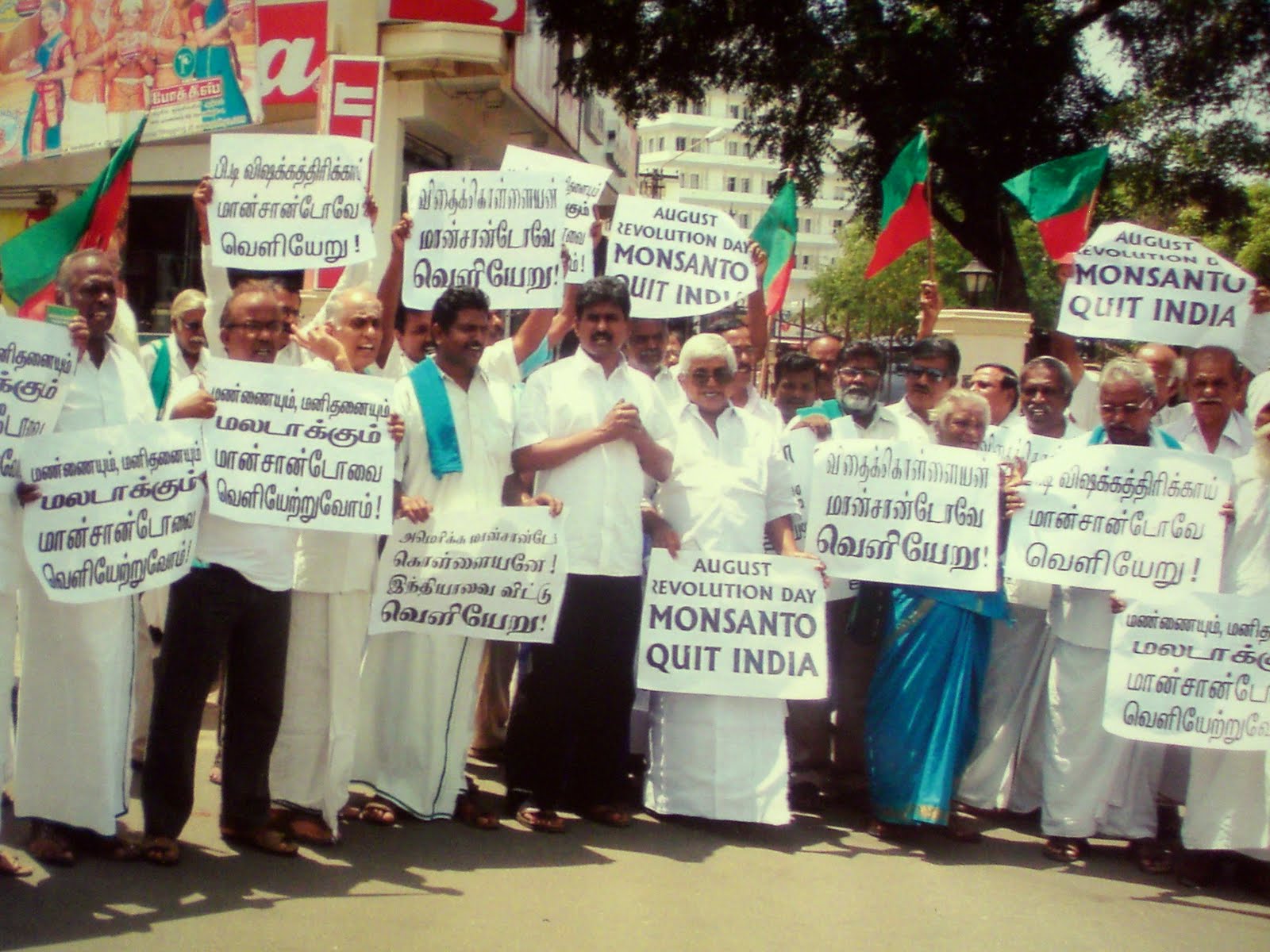 By Dr Vandana Shiva, Research Foundation for Science,Technology and Ecology

The patent office refused to grant the patent as it was found that the application lacked an inventive step in view of (i) Willimsky Gerald Journal of bacteriology Vol.174, No 20, 1992, -6335, (ii) WO 90/09447and US 5470971;  (ii) Claims do not define any invention under section 2(1)(ja) of the Patents Act, 1970 as structure and function of cold shock protein was already known in cited prior art and it is obvious to person skilled in plant to make transgenic plant; (iii) It is mere application of already known cold shock protein in producing cold stress tolerant plant and tolerant to heat, salt and drought conditions, claims fall within the scope of Section 3(d) of The Patents Act, 1970. (iv)  The patent office found that it is not patentable under 3(j) as claims also include essential biological process of regeneration and selection, which includes growing of plant in specific stress condition.

The 1970 Patent Act of India excluded patents in agriculture, and product patents in medicine. The Act had to be amended when India signed the WTO agreements, including the Trade Related Intellectual Property Rights Agreement of WTO. However, because of strong movements, clauses like 3 on “What are not inventions” were strengthened. Article 3(d) excludes as inventions “the mere discovery of any new property or new use for a known substance”

This was the article under which Novartis’s patent claim to a known cancer drug was rejected. This is the article that Novartis tried to challenge in the Supreme court but lost.

270000 farmers in India have committed suicide in India in the last decade and a half. Most of these suicides are in the cotton belt. Monsanto now controls 95% of the cotton seed supply through its GMO Bt cotton, and the associated Intellectual property claims. Costs of cotton seed jumped 8000% with the introduction of Bt cotton.

In defining seed as their creation and invention, corporations like Monsanto shaped the Global Intellectual Property and Patent Laws so that they could prevent farmers from seed saving and sharing and force them into dependence on their patented GMO seeds. This is how the Trade Related Intellectual Property Rights (TRIPs) Agreement of the World Trade Organization was born.

A Monsanto representative is on record stating that in drafting the TRIPS agreement, they were the patient, diagnostician, and physician all in one. Article 27.3(b) of the TRIPs Agreement states:  “Parties may exclude from patentability plants and animals other than micro-organisms, and essentially biological processes for the production of plants or animals other than non-biological and micro- biological processes. However, parties shall provide for the protection of plant varieties either by patents or by an effective sui generis system or by any combination thereof.” Again, this protection on plant varieties is precisely what prohibits the free exchange of seeds between farmers, threatening their subsistence and ability to save and exchange seeds amongst one another.

The TRIPS clause on patents on life was due for a mandatory review in 1999. India in its submission had stated “Clearly, there is a case for re-examining the need to grant patents on life-forms anywhere in the world. Until such systems are in place, it may be advisable to:- (a) exclude patents on all life-forms;”

The Patent Office also used Article 3(j) to reject Monsanto’s patent claim and the Appellate upheld the rejection. Article 3(j) excludes from patentability “plants and animals in whole or in any part thereof other than micro-organisms but including seeds, varieties, and species, and essentially biological processes for production or propagation of plants and animals”.

Monsanto tried to create an irrelevant and false opposition  of natural production of plants versus production based on human intervention. This is false because farmers’ breeding and conventional breeding also involves substantial human intervention. The patent office and the appellate board correctly rejected this argument, and stressed Monsanto’s application was not an invention but based on many generic steps that are essentially biological, taken in sequence, still essentially biological”.

This decision will have far reaching impact on India’s biodiversity, farmers rights and food security.

Crops such as millets have been evolved for drought tolerance, and provide food security in water scare regions, and water scarce years.

With these very broad patents, corporations like Monsanto can prevent access to climate resilient seeds after climate disasters, because a patent is an exclusive right to produce, distribute, sell the patented product.

After the Orissa super-cyclone, Navdanya was able to distribute salt tolerant rices to farmers because we had conserved them as a commons in our community seed bank run by Kusum Mishra and Dr Ashok Panigrahi in Balasore Orissa.  We could then donate 2 truckloads of salt tolerant seeds to the farmers who could not grow rice because of the sea salt deposited on their farms.  We are now preparing to distribute cold tolerant, drought tolerant seeds to the victims of the Climate disaster in Uttarakhand.

We need to protect our seed freedom, seed sovereignty and biodiversity which is undermined by patents on seeds. That is why Navdanya has started the Seed Freedom Movement (www.navdanya.org ) (www.seedfreedom.in).

We applaud the decision of the Patent Office and Appellate Board and will disseminate it world wide so that other countries can use it to protect farmers, biodiversity and seed sovereignty.

We will also be ready to intervene should Monsanto bring the case to the Supreme Court.