This week, Maine’s state senate easily passed a bill that may one day mandate the labeling of foods containing genetically modified organisms. The law passed 35-0, but before labels are required, five consecutive states must also pass labeling laws. 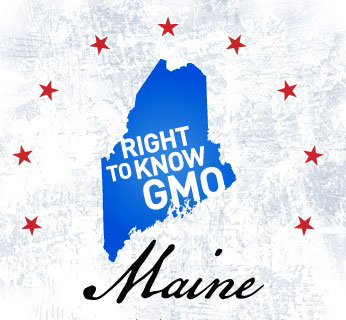 For Maine, that means the GMO labeling will only go into effect if New Hampshire, the only state with which it shares a border, passes a similar law.

The bill may face even greater challenges from the food industry, the Kennebec Journal reports:

“Monsanto has threatened to sue states that pass similar labeling laws, which is one reason why lawmakers in several states are passing labeling legislation dependent on other states doing the same. The state compacts could help defray costs of a lawsuit.”

Advocates of GMO labeling remain tentatively optimistic about such progress. “Neither bill is perfect,” the Organic Consumer’s Association wrote in an update about the bill. “But it just could turn out that the trigger clauses prompt other nearby states, including Vermont whose bill H.112 will be taken up in January, to follow suit.”