A new peer-reviewed scientific review paper has been released in the US stating that glyphosate-based herbicides such as Roundup are contributing to gastrointestinal disorders, obesity, diabetes, heart disease, depression, autism, infertility, cancer and Alzheimer’s disease. 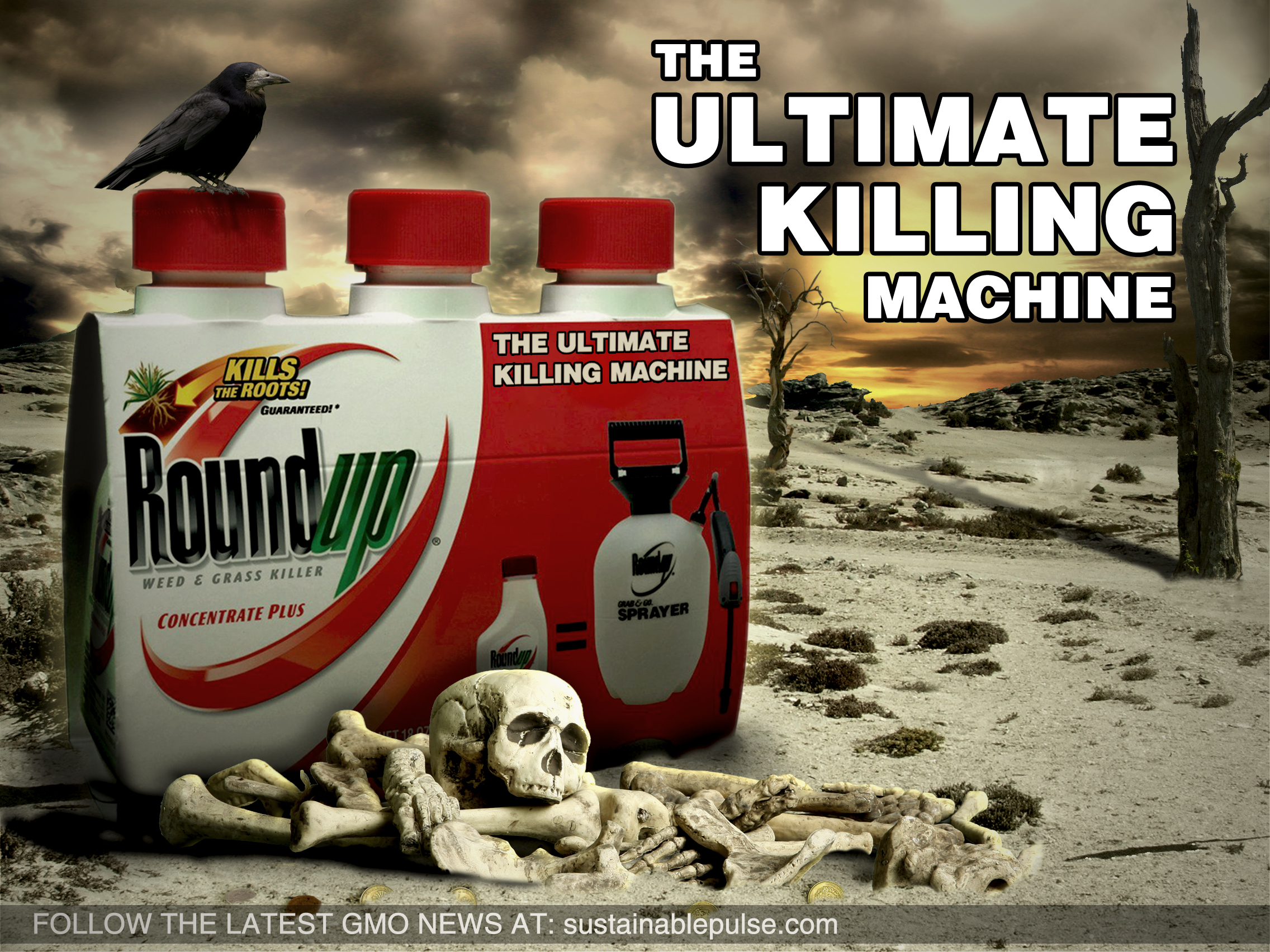 The review paper states that “glyphosate enhances the damaging effects of …food borne chemical residues and environmental toxins. Negative impact on the body is insidious and manifests slowly over time as inflammation damages cellular systems throughout the body. Here, we show how interference with CYP enzymes acts synergistically with disruption of the biosynthesis of aromatic amino acids by gut bacteria, as well as impairment in serum sulfate transport. Consequences are most of the diseases and conditions associated with a Western diet, which include gastrointestinal disorders, obesity, diabetes, heart disease, depression, autism, infertility, cancer and Alzheimer’s disease.”

Glyphosate (N-phosphonomethylglycine), the active ingredient in the herbicide Roundup®, is the main herbicide in use today in the United States, and increasingly throughout the World, in agriculture and in lawn maintenance, especially now that the patent has expired. 80% of genetically modified crops, particularly corn, soy, canola, cotton, sugar beets and most recently alfalfa, are specifically targeted towards the introduction of genes resistant to glyphosate, the so-called “Roundup Ready® feature”. In humans, only small amounts (~2%) of ingested glyphosate are metabolized to aminomethylphosphonic acid (AMPA), and the rest enters the blood stream and is eventually eliminated through the urine.

Studies have shown sharp increases in glyphosate contamination in streams in the Midwestern United States following the mid 1990s, pointing to its increasing role as the herbicide of choice in agriculture. A now common practice of crop desiccation through herbicide administration shortly before the harvest assures an increased glyphosate presence in food sources as well . The industry asserts that glyphosate is nearly nontoxic to mammals, and therefore it is not a problem if glyphosate is ingested in food sources. Acutely, it is claimed to be less toxic than aspirin. As a consequence, measurement of its presence in food is practically nonexistent.

A vocal minority of experts believes that glyphosate may instead be much more toxic than is claimed, although the effects are only apparent after a considerable time lapse. Thus, while short-term studies in rodents have shown no apparent toxicity, studies involving life-long exposure in rodents have demonstrated liver and kidney dysfunction and a greatly increased risk of cancer, with shortened lifespan.

56 Comments so far. Feel free to join this conversation.