Dr. Nancy Swanson from the US has supplied Sustainable Pulse with her detailed recent reviews of the connections between GMOs, glyphosate-based herbicides and an increase in chronic diseases, infertility and birth defects. 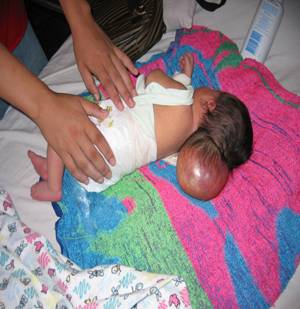 Swanson’s reviews can be read here and alongside the peer-reviewed review paper released last week which has caused a stir around the World over the dangers of Roundup, pressure is now being put on Monsanto to withdraw their number one product from the market.

Dr. Swanson states that “Prevalence and incidence data show correlations between diseases of the organs and the increase in Genetically Modified Organisms (GMOs) in the food supply, along with the increase in glyphosate-based herbicide applications. More and more studies have revealed carcinogenic and endocrine disrupting effects of Roundup at lower doses than those authorized for residues found in Genetically Modified Organisms.”

“The endocrine disrupting properties of glyphosate can lead to reproductive problems: infertility, miscarriage, birth defects, and sexual development (see notes). Fetuses, infants and children are especially susceptible because they are continually experiencing growth and hormonal changes. For optimal growth and development, it is crucial that their hormonal system is functioning properly…. The endocrine disrupting properties also lead to neurological disorders (learning disabilities (LD), attention deficit hyperactive disorder (ADHD), autism, dementia, Alzheimer’s, schizophrenia and bipolar disorder). Those most susceptible are children and the elderly.” Swanson continued.

Dr. Swanson, who has a  Ph.D. in physics and worked as a staff scientist for the United States Navy, holds five U.S. patents and is the author of over 30 scientific publications and two books on women in science.

Swanson herself became seriously ill with a number of complaints 10 years ago and found that after stopping eating GMOs her symptoms got dramatically better. This led her to start her journey of discovery: “About every other week the Seattle Times published something about how this or that is skyrocketing (Parkinson’s, dementia, Alzheimer’s, ADHD, suicide). I was pondering this and I had an inspiration to look at the data and compare it to the amount of GMOs on the market. The more I found the scarier it got.”

12 Comments so far. Feel free to join this conversation.