Mark Lynas has attracted considerable media attention by apologising for founding the anti-GM movement. But this background briefing from those in the know makes clear Lynas was never remotely a founder or even a key player in that movement, or in the green movement more widely. Those setting the record straight include some of the UK’s best known environmentalists together with many of the main movers of the GM campaign of the 1990s. 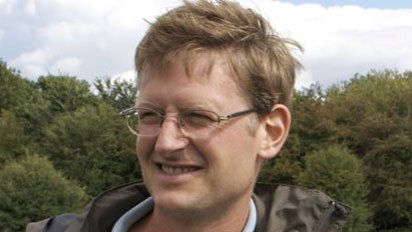 For more about the misleading claims: Spinwatch

For more about the bad science these claims have been used to promote: Spinwatch

Mark Lynas, a UK based author of several books on climate change, has recently announced that he has changed his views on GM crops and foods. Many articles and statements about his change of views state that he had a founding role or past leadership in the anti-GM debate, or the environment movement more generally. These claims continue to be headlined to generate interest in Mark Lynas’s revised views on GM, without which it is unlikely they would have the same media attention.

Mark Lynas has made some of these claims himself(1) and has not corrected them in interviews(2) or attempted to correct misleading articles.(3) He said he found some of the misleading claims amusing.(4)

These claims of Mark Lynas’s importance in GM campaigns are not true. Many of those who were involved substantially in the environment movement or GM campaigns during the 1980s, 1990s and 2000s, both before and after Lynas’s engagement in some anti-GM activism including actions to remove GM crops, have confirmed this.(5) They do not recognise Lynas’s contribution as being significant in the ways it is being represented and want to put the record straight on this point of factual accuracy so that there is no further misunderstanding.

1. Examples of statements made by Mark Lynas:

“I am also sorry that I helped start the anti-GM movement back in the ’90s.”

“I really was one of the founders of the early movement.”

2. Examples of statements made to Mark Lynas which he has not corrected:

“You really became one of the Godfathers of this movement.”

“You were one of the leaders of the anti-GM campaign in the UK.”

3. Media reports have, for example, incorrectly described him as “one of the founders of the anti-GM crop movement” (The Observer), as “one of the first leaders of the anti-GM movement” (The Australian), as having “helped drive Europe’s movement against genetically engineered crops” (The New York Times), and as “a leading voice against using genetically modified organisms” (Huffington Post). More examples here.

5. This Background Briefing represents the views of the following:

Adrian Bebb, Food Campaigner for Friends of the Earth 1997-present

Jonathon Porritt, Director of Friends of the Earth 1984-1990