Lawmakers in Hawaii have become some of the first in the US to support labelling on genetically modified food after the House Committee on Agriculture passed a new measure. 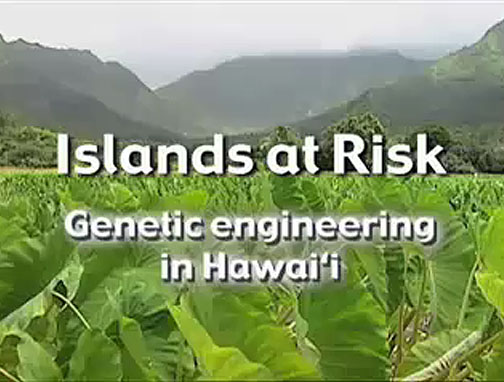 The committee approved the bill Thursday but amended it so it only applies to produce imported from outside Hawaii. You can track the full bill here as it progresses.

Numerous proponents of the bill testified before the House committee this week.

They say they deserve to know whether the food they are buying has been genetically modified.

House agriculture committee Chairwoman Jessica Wooley says because the bill only affects produce brought in from outside Hawaii, it benefits local farms and won’t cause food prices to rise.

In the continental U.S., New Mexico and Washington are considering labeling of foods that have been genetically engineered, after California voters last November rejected Proposition 37.

Proponents of GMO labeling maintain consumers have the right to know what’s in their food.

“I and many mothers deserve the right to know what we are feeding our children,” Jessica Mitchell, a parent who testified in favor of the bill, was quoted as stating in the AP report.

Mayan Farmers: GMOs Cause End of The World for Our Bees

65 Comments so far. Feel free to join this conversation.