The Soil Association and other farming and ecological organizations have reacted violently against Defra Secretary of State, Owen Paterson’s recent interview with the Daily Telegraph regarding GM crops. 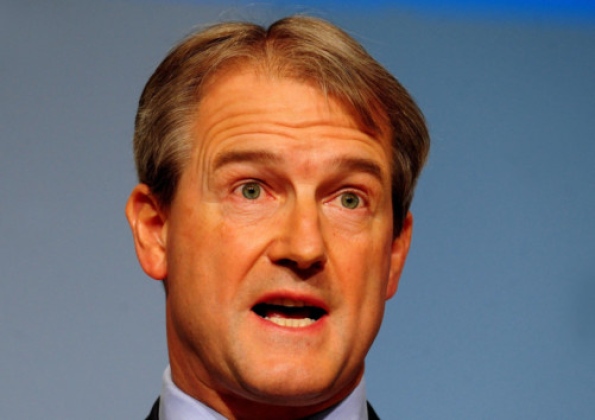 “Owen Patterson is wrong to claim that GM crops are good for the environment. The UK Government’s own farm scale experiment showed that overall the GM crops were worse for British wildlife. US Government figures show that overall pesticide use has increased since GM crops have been grown there, because as scientists opposed to GM predicted, superweeds and resistant insects have multiplied,” Peter Melchett, Policy Director, Soil Association stated Monday.

“The recent British Science Association survey showed that public concern has not changed, and the number of people saying that GM food “should be encouraged” dropped from 46% in 2002 to 27% in 2012. Owen Patterson says that people are eating meat from animals fed of GM feed without realising it. That is because the British Government has consistently opposed moves to label to give consumers accurate information, and he should put that right by immediately introducing compulsory labelling of meat and milk from animals fed on GM feed,” Melchett continued.

Sustainable Pulse also reacted against Paterson’s comments pointing out that a recent study by Professor Gilles-Eric Seralini has shown that more research is needed regarding a possible link between GM Crops, Roundup and cancer.

Owen Paterson is wrong to state that: “There are real benefits, and what you’ve got to do is sell the real environmental benefits. Those benefits include a reduction in the use of pesticides because some GM crops are pest-resistant, he said. That in turn reduces farmers’ fuel use”.

The UK Government’s own farm scale evaluation of GM crops showed that overall they were worse for wildlife. A number of studies have highlighted other problems associated with growing GM crops, including a recent report by Professor Charles Benbrook showing that the use of increased levels of more hazardous pesticides to fight weeds and insects in theUS is due largely to heavy adoption of genetically modified crop technologies sparking a rise of ‘superweeds’ and hard-to-kill insects. This is one example of why GM crops don’t offer a real solution. Not only have these GM technologies failed to deliver on their fundamental promises, they have made the problem they were designed to solve even worse and locked farmers further into depending on costly inputs from a handful of powerful chemical companies.

Most of the British public do not want GM. The recent British Science Association survey cited by Owen Paterson shows that public concern over GM food has not lessened – it shows that attitudes have not changed significantly. The share saying they agree that GM food “should be encouraged” has actually dropped from 46% in 2002 to 27% in 2012.

The Environment Secretary also said that “consumers were already unwittingly eating GM food on a regular basis, so concerns about human health are misplaced”. In fact only one brand of catering scale cooking oil and very occasional soya products containing GM are sold in the UK. The significant issue is that British consumers are eating some meat and milk produced using GM animal feed (organically reared animals are never fed GM crops). The fact is that the Government has deliberately kept people in the dark by opposing labeling of meat and milk fed on GM. Owen Paterson can stop the public unwittingly eating this food by introducing clear labeling.

The Soil Association supports practical innovation that addresses real needs, is genuinely sustainable and puts farmers in control of their livelihoods. Where GM crops have been planted they are doing the opposite, locking farmers into buying herbicides and costly seed, while breeding resistant weeds and insects. They are the product of a narrow, top-down approach to R&D driven less by the needs of farmers, consumers or the environment, than by seed and chemical companies. Just three corporations – Monsanto, Syngenta, and Bayer – are responsible for virtually all commercially released GM crops in the world. Meeting the challenge of providing better nutrition for more people sustainably calls for joined-up research that takes an ecological approach, responds to people’s real needs and respects farmers’ know-how.

Over in Scotland an open letter from many organizations to James Withers, Scotland’s Food and Drink CEO urging them to re-articulate the Scottish Government’s opposition to GM foods, was published Tuesday:

While the UK government may have decided to ignore overwhelming public opinion over many years on this issue, it’s worth reminding the media, the politicians and the people that agriculture and food here in Scotland is a devolved matter and that the Scottish Government has quite a different policy on GM:

GM is a failed technology, in fact genetic engineering has failed to increase the yield of any food crop but has vastly increased the use of chemicals and the growth of “superweeds” see ‘A Global Citizens Report on GMO’s’ (2011) GM is no answer to food security, the Scottish Government needs to embrace the principles of food sovereignty as outlined in the Nyleni Declaration.

The UK Government’s pronouncement on GM risk further capture of the food culture to corporate control at just the time when we need to be encouraging smaller producers and community food initiatives.

The idea that GM is an answer to climate change has been widely debunked. Last year Friends of the Earth Europe published a report ‘Who Benefits from GM Crops’, which examined the evidence for these claims, and exposed that genetically modified (GM) crops could actually increase carbon emissions while failing to feed the world. GM crops are responsible for huge increases in the use of pesticides in the US and South America, intensifying fossil fuel use. The cultivation of GM soy to feed factory farmed animals is also contributing to widespread deforestation in South America, causing massive climate emissions. The report exposes that globally GM crops remain confined to less than 3% of agricultural land and more than 99% are grown for animal feed and agrofuels, rather than food. There is still not a single commercial GM crop with increased yield, drought-tolerance, salt-tolerance, enhanced nutrition or other beneficial traits long promised by biotech companies.

We stand by the network of European countries opposed to GM.

Despite being presented as a coming giant that is inevitable in fact GM crops are grown by a tiny 2.7% of small or medium scale farmers worldwide, at the most, and less than 1% of farmers globally.

The recent British Science Association survey showed that public concern has not changed, and the number of people saying that GM food “should be encouraged” dropped from 46% in 2002 to 27% in 2012.

We the undersigned believe that GM has no role in a Scottish Food Policy (Recipe for Success) that is committed to:

“our reputation as a land of high quality food and drink ensuring we make healthy and sustainable choices making our public sector an exemplar for sustainable food procurement.”