The Environmental Protection Agency released an assessment last week finding that the endocrine-disrupting pesticide atrazine is likely to harm more than 1,000 of the nation’s most endangered plants and animals. 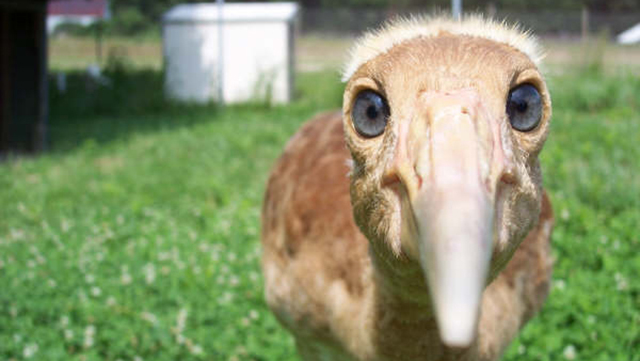 The finding is a result of the agency’s first-ever nationwide assessment of an herbicide’s harm to protected species, an analysis that’s required by the Endangered Species Act.

The assessment’s release comes just two months after the EPA reapproved the pesticide’s use for another 15 years.

“Finally the EPA has been forced to acknowledge atrazine’s far-reaching harms,” said Nathan Donley, a senior scientist at the Center for Biological Diversity. ”This alarming assessment leaves no doubt that this hideously dangerous pesticide should be banned in the U.S., just as it is across much of the world.”

Atrazine is a widespread pollutant of groundwater and drinking water, has been linked to increased risk of cancer and reproductive problems in people, and can chemically castrate male frogs at extremely low concentrations, including those allowed in drinking water.

Despite being banned in more than 35 countries, including the entire European Union, it remains the second-most used herbicide in the United States after glyphosate.

Today’s draft assessment is part of a legal agreement between the Center and the EPA. It found that atrazine is likely to harm 1,013 protected species, or 56% of all endangered plants and animals in the nation. Species harmed include the highly endangered whooping crane, California red-legged frog and San Joaquin kit fox.

The risk of ongoing widespread harm was found despite major changes to the pesticide’s use restrictions announced by the EPA in September that effectively ban atrazine in Hawaii, on forests, on Christmas tree farms and along roadsides. For endangered species found outside the proposed ban areas, the finding of harm was nearly 100%.

Today’s draft assessment was conducted using a guidance document finalized earlier this year by the Trump administration, dubbed the “Revised Methods,” that disregarded the recommendations of the National Academy of Sciences and ignored the mandate of the Endangered Species Act to give imperiled wildlife and plants the benefit of the doubt when evaluating the range of impacts caused by exposure to pesticides.

By using this new guidance — which precludes consideration of downstream runoff of pesticides into water bodies where endangered aquatic species, like fish and snails, live — the EPA has likely underestimated the true severity of the risk many species face from atrazine exposure.

Atrazine is widely present in U.S. surface waters and drinking-water supplies. Earlier this year the EPA granted a request from atrazine’s maker, Syngenta, to suspend monitoring atrazine in waterways for 2020. The EPA had denied Syngenta’s previous request to stop monitoring atrazine in waterways, because it “…has continued to show atrazine concentrations of potential ecological concern in the most vulnerable watersheds, even when stewardship programs are employed.”

“With this troubling finding, even the EPA has been forced to acknowledge the unacceptable harm caused by atrazine,” said Donley. “It’s beyond me how it can still be approved for such widespread use across this country.”

In September the EPA announced it would be reapproving atrazine for the next 15 years, eliminating longstanding safeguards for children’s health, and allowing 50% more atrazine to end up in U.S. waterways. The Center for Food Safety, Center for Biological Diversity and a coalition of public-interest groups sued to challenge that decision last week.