Chemicals manufacturers BASF and Bayer have been given enormous payouts of  Covid-19 support cash from the British government just weeks after announcing plans to distribute billions to shareholders in dividends. 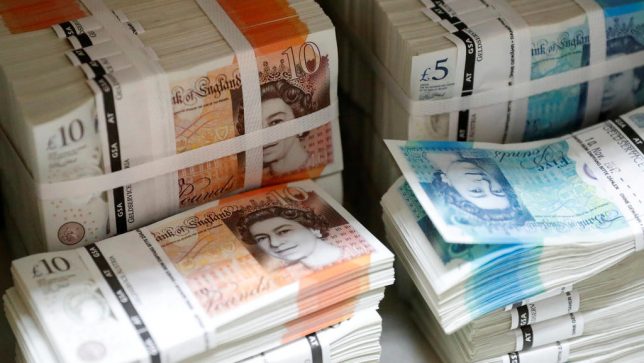 The world’s largest chemicals company BASF, which makes agricultural, industrial and automotive products at its eight UK plants, has received £1 billion in support funding — by far the biggest payout so far agreed under the UK scheme.

The news comes just weeks before BASF shareholders will vote  on a proposal for the company distribute to more than three times that amount to them in dividends, the chemicals giant confirmed to Unearthed.

Meanwhile Bayer, which acquired Monsanto in 2018 and is one of the industry’s biggest players in its own right, was handed £600 million – the same amount given to troubled airlines Ryanair and easyJet to much fanfare.

The Bayer bailout, disclosed by Bank of England this afternoon in its latest update on its COVID corporate financing facility, happened just weeks after shareholders approved a plan to distribute dividends worth £2.75 billion.

When contacted by Unearthed to see whether the dividends had already been paid out, Bayer failed to respond.

The Bank’s Covid-19 funds come without conditions, but Unearthed understands it expects firms to exercise ‘restraint’ with dividends payments and executive compensation.

Both BASF and Bayer are headquartered in Germany and listed on the Frankfurt stock exchange.

Simon Rawson, director of corporate engagement at ShareAction, said: “Companies need to recognise the interests of all of their stakeholders, not just shareholders. This includes their responsibilities to their workforce, their communities and the environment.

“Where they are in receipt of taxpayer bailouts, society’s expectations are rightly even higher. It is hard to comprehend how companies can justify paying huge dividends in the current situation.

“Economic stimulus packages need to support a green recovery, with strict environmental conditions for these chemical and pesticide companies, to ensure our planet is not overheated, polluted, and devoid of biodiversity.”

So far 53 companies have received a total of £16.25 billion in government relief, as per Bank of England’s latest update.

Polluting industries such as airlines, car companies and oil and gas services are among the largest receivers of the government loans.

Ryanair and easyJet have received £600m each as part of the scheme whilst WizzAir and British Airways were both given £300m, taking the sector’s total emergency funding to £1.8 billion.

Five carmakers were also on BofE’s emergency loan list, with Nissan receiving £600m, Toyota and Rolls Royce £300m and Honda £75m. In total the motor industry is receiving just in excess of £1.6 billion.

Even oil and gas services firms like Baker Hughes (£600m) and Schlumberger (£150m) are receiving vast amounts in emergency loans.