In today’s society people are choosing to have fewer children, and delaying having children at all into later, less fertile years. These two factors have driven fertility rates below replacement level in most of the world, but a crucial third factor gets little attention and is having a profound impact on fertility: toxicity. The economic and social ramifications will be severe. 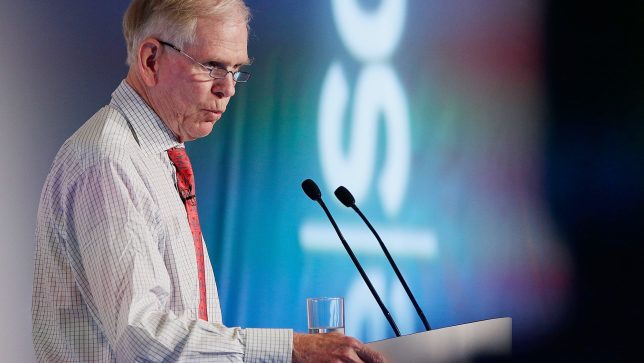 Source: Chemical Toxicity and The Baby Bust, By Jeremy Grantham

Who Is Jeremy Grantham?: Robert Jeremy Goltho Grantham CBE is a British investor and co-founder and chief investment strategist of Grantham, Mayo, & van Otterloo (GMO), a Boston-based asset management firm. GMO has more than US$118 Billion in assets under management as of March 2015. Grantham is regarded as a highly knowledgeable investor in various stock, bond, and commodity markets, and is particularly noted for his prediction of various bubbles.

A profound and largely unexpected phenomenon is occurring: we are choosing to have fewer children. The most significant drivers of this choice appear to be higher income and better education, especially for women. At the same time, we are choosing to postpone these fewer births into our later, less fertile years. Because of these two factors, fertility rates are below replacement level almost everywhere in the developed world and China. This development, despite its economic and social importance, is not yet receiving as much attention as it deserves, but now there is a new third factor that gets almost none: toxicity.

Human “fecundity” (the number of children you are able to have) is being affected by endocrine-disrupting chemicals, which interfere with hormones. This interference is growing at such a rapid rate that if left alone it is likely to leave us sterile in a few decades with only the rich able to easily afford the healthy lifestyles and the exotic medical help required to have babies.

One of the most measurable and most nerve-racking results of increased chemical damage is our very rapid decline in sperm quality and concentration, which appears to have fallen to one-third of its probable pre-industrial level. If we do not ban whole classes of chemicals in the next 10 years, we will face a crash in the number of new births. The effects of this will be felt to very different degrees by country: those countries that do not act will quickly fall behind in both births and general health. There are in fact indications that health and longevity in the U.S. are already being affected by high levels of toxicity. It is important both for society and the economy that this new information be correctly and quickly processed and that the back-up medical data, which is thin in parts, be supported by new and larger studies. Time is not on our side.