Costa Rica’s National System of Conservation Areas (SINAC) has banned the use of glyphosate herbicides in all protected wild areas in the country as well as on all SINAC owned land. 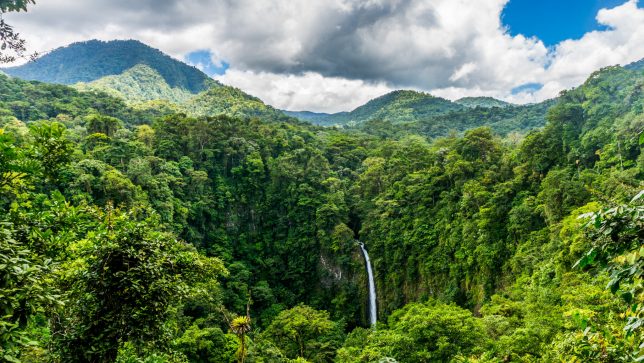 SINAC released a statement Tuesday, which read; “It is important to consider that this ban is carried out in line with Article 50 of Costa Rica’s constitution, which stipulates that: ‘the state must ensure the greatest possible well-being to all the inhabitants of the country, guarantee and preserve the right of people to a healthy and ecologically balanced environment, promoting development in harmony with this’.

Institutions such as the Distance State University (UNED), University of Costa Rica (UCR) and the Institute of Technology (TEC), have already eradicated the use of glyphosate.

The Ministry of Health also announced earlier this year that it is planning major restrictions on glyphosate use in the country. Currently, glyphosate is mainly used in rice, pineapple, and vegetable crops.

Grettel Vega, Executive Director of SINAC, highlighted the importance of eliminating glyphosate in wild areas for the protection of biodiversity; “Broad-spectrum herbicides such as glyphosate eliminate not only weeds, but also plants on which species of insects depend for their food, therefore as an institution committed to the environment, we must lead efforts to counter these kind of threats to biodiversity.”