Former Monsanto Chairman and CEO Hugh Grant will have to testify in person at a St. Louis-area trial set for January in litigation brought by a cancer-stricken woman who claims her disease was caused by exposure to the company’s Roundup herbicide and that Monsanto covered up the risks instead of warning consumers. 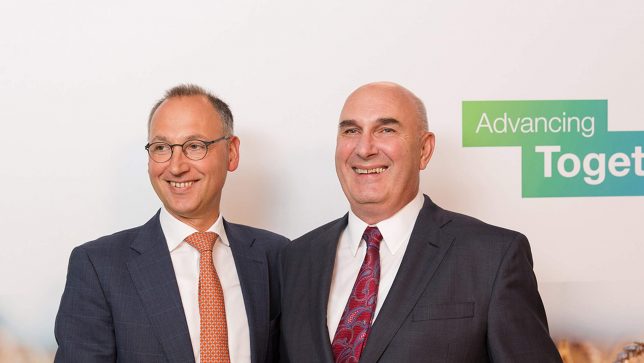 Grant, who led St. Louis-based Monsanto from 2003 until the company was sold to Bayer AG of Germany in June of 2018, and spent a total of 37 years working for Monsanto, was subpoenaed by lawyers for plaintiff Sharlean Gordon, to testify at a trial slated to begin Jan. 27 in St. Louis County Circuit Court.

The Gordon trial was originally scheduled for August of this year but was delayed as part of an effort to undertake settlement talks between Bayer and lawyers for tens of thousands of plaintiffs who are suing Monsanto with claims similar to Gordon’s.

Two other trials set for January, both in courts in California and both involving children diagnosed with cancer, were recently postponed due to continued settlement talks.

Bayer estimates that there are currently more than 42,000 plaintiffs alleging that exposure to Monsanto’s Roundup and other glyphosate-based herbicides made by Monsanto caused them or their loved ones to develop non-Hodgkin lymphoma.

Grant did not have to testify live at the three Roundup cancer trials that have taken place so far because they were all held in California. But because Grant resides in St. Louis County, plaintiffs’ attorneys saw an opportunity to get him on the stand in person.

Attorneys for Grant have been fighting the subpoena, arguing that he is not a scientist or regulatory expert and he has already provided information in deposition testimony. Grant has also argued that he should not have to testify because he plans to be out of the country starting February 9.

But in a decision handed down Dec. 5, a special master appointed to the case sided with Gordon’s attorneys and ruled that Grant was not entitled to an order quashing the subpoena for trial testimony.

“Mr. Grant appeared for interviews on public radio representing that Roundup is not a carcinogen; in earnings calls for investors Mr. Grant personally responded that the classification of glyphosate as a probable carcinogen was ‘junk science;’ in 2016 Mr. Grant personally lobbied the EPA Administrator and the Agricultural Committee Chair of the topic of glyphosate,” the special master’s order states.

“Although Mr. Grant does not have scientific knowledge that doubtless will be a significant component to this lawsuit, he was CEO of Monsanto for 15 years and took part in presentations, discussions, interviews and other appearances for Monsanto as CEO in which the topics of Roundup and glyphosate were explained, discussed and defended,” Special Master Thomas Prebil said in his decision.

Gordon developed non-Hodgkin lymphoma after using Roundup herbicides for 25 years at her residence in South Pekin, Illinois, and has suffered extensive debilitation due to her disease. Gordon’s stepfather, who also used Roundup at the family home where Gordon lived into adulthood, died of cancer.  The case  is actually derived from a larger case filed in July 2017 on behalf of more than 75 plaintiffs. Gordon is the first of that group to go to trial.

In the three previous trials, unanimous juries have found that exposure to Monsanto’s herbicides does cause non-Hodgkin lymphoma and that the company did cover up the risks and fail to warn consumers. The three juries awarded a total of four plaintiffs more than $2 billion in damages, but the three trial judges have reduced the awards significantly in each case.

All are being appealed and none of the winning plaintiffs have yet received any of the monetary awards the juries ordered.

The California Court of Appeal 1st Appellate District said it would act swiftly in ruling on the consolidated appeals and lawyers for both sides initially hoped to have a ruling by the end of this year. But the case has been delayed for several weeks as both sides awaited a date for oral arguments. On Dec. 3, Monsanto’s attorneys asked the court not to schedule oral arguments in January or February, as several new Roundup trials are set for those months.  Johnson’s attorneys opposed that request for further delay.

On Friday, the court issued an order stating that while it agreed with Johnson about the need to “schedule oral argument as soon as practicable,” it was unlikely oral arguments could be held until March of April “given the number and length of all the briefs to be considered, the outstanding motions that the court must rule on when considering the merits of the appeal,” and other factors.