A unique testing project involving 23 members of the Japanese Parliament, has shocked the country after it was revealed that the majority of the politicians had long-term exposure to a variety of pesticides, including the world’s most used herbicide, glyphosate. 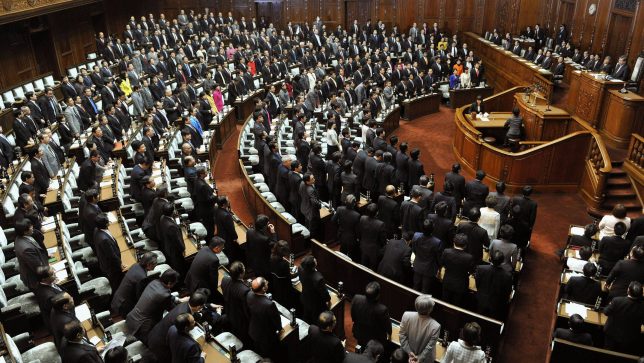 The hair testing results were announced in the Japanese House of Representatives in early August and have led to a growing call for a change of approach to pesticides in the country.

Of particular alarm were the results for the world’s most used herbicide, glyphosate, and its metabolite AMPA. The Japanese testing project used a newly developed long-term exposure hair testing method that revealed much higher levels of contamination than ever detected elsewhere in the world using urine or blood testing.

As a result of the testing project, Member of the Japanese House of Councillors, Ryūhei Kawada, told Yahoo News Japan “I aim to launch a non-partisan parliamentary group for food safety.”

Another Member of the Japanese House of Councillors, Mizuho Fukushima, also called out foreign wheat imports as a major problem due to the practice of pre-harvest spraying using glyphosate in the U.S. and Canada; “We need to promote organic and free school meals using organic rice and local wheat bread.”

The Detox Project Japan, acting in coordination with The Detox Project and Kudzu Science, launched a testing project in early 2019 to identify which ubiquitous pesticides Japanese people are regularly exposed to over the long-term.

Hair provided by 28 participants, including 23 members of the National Diet (Japan’s Parliament), was tested for over 60 pesticide residues at the famous Kudzu Science laboratory in Strasbourg, France.

The Detox Project’s Director, Henry Rowlands, stated Thursday; “This unique testing project was made possible by the development of new hair testing methods that have enabled our long-term exposure to pesticides to be identified for the first time. Urine and blood testing only give us a very short-term picture of exposure, whereas hair testing gives us the real and full picture of what we have been exposed to over the long-term and thus what we need to avoid.”

The Detox Project has already enabled long-term exposure hair testing for glyphosate and other pesticides for the general public and also for the Greens/EFA group in the EU Parliament, who announced their results of pesticide testing across the European Union last year.

In addition to the hair testing, Nouminren Food Research Laboratory, also carried out glyphosate testing on a wide variety of foods from local grocery stores.

From the 28 hair samples taken 75% of them tested positive for long-term pesticide exposure, with a total of 14 pesticides being detected.

Rowlands added; “Considering that the average levels in urine for both glyphosate and AMPA are around 3 ppb, these levels in hair are highly concerning. The results have shocked Japan and are set to hopefully lead to changes in legislation surrounding long-term exposure to pesticides in the country. This shows that with the correct level of awareness anything is possible.”

As another part of the project, bread, imported wine, cup noodles and flour were all tested by the Nouminren Food Research Laboratory. The vast majority of the samples tested positive for glyphosate residues.

The Japanese Ministry of Agriculture, Forestry and Fisheries reported that 90% of U.S. wheat imports and an even higher % of Canadian wheat imports contain glyphosate residues, mainly due to the practice of pre-harvest spraying.

Masako Okawara, a Member of the Japanese House of Representatives, concluded that Japan must now increase their own food security and decrease the amount of pesticides used. She complained that only 37% of the food consumed in Japan is actually grown in the country.

The National Diet is Japan’s bicameral legislature. It is composed of a lower house called the House of Representatives, and an upper house, called the House of Councillors. Both houses of the Diet are directly elected under parallel voting systems. In addition to passing laws, the Diet is formally responsible for selecting the Prime Minister.

The Detox Project is a research and certification platform that encourages transparency in the food and supplement industries on the subject of toxic chemicals.

The Detox Project also promotes unique new testing technologies that enable people all over the world to find out what levels of toxic chemicals are in their bodies and in their food.