FIGO, The International Federation of Gynecology and Obstetrics, has called Wednesday for a global phase out of the world’s most used herbicide, glyphosate, to protect women and children’s health. 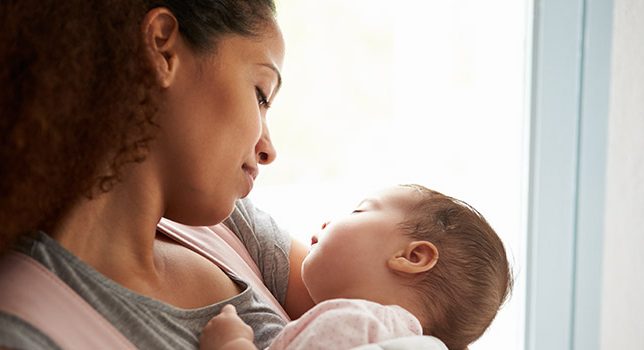 FIGO, known as the global voice for women’s health, are in official relations with the World Health Organization (WHO) and a consultative status with the United Nations (UN). They have now become one of the first global health bodies to call for the removal of glyphosate from global usage.

A Statement by the FIGO (International Federation of Gynecology and Obstetrics):  Reproductive and Developmental Environmental Health Committee:

Over the past fifteen years, an expanding body of evidence has implicated the role of environmental exposures on health.

Whether scientists are reviewing increased rates of cancer, neurodevelopmental disorders, pregnancy outcomes, or birth defects, there is evidence to support the effect of chemical exposures on health. Chemicals in pregnant women can cross the placenta and, as with methyl mercury, can accumulate in the fetus and have long lasting sequelae.

The following statement regarding glyphosate reflects a review of literature and a Precautionary Principle.  This principle implies that there is a social responsibility to protect the public from exposure to harm, when scientific investigation has found a plausible risk. These protections can be relaxed only if further scientific findings emerge that provide sound evidence that no harm will result.  In some legal systems, such as the Law in the European Union, the application of the precautionary principle has been made a statutory requirement in some areas of law.

Glyphosate was patented in 1961 and is the most widely used herbicide worldwide.   Six billion kilograms have been released globally in the last decade.  It is applied in conjunction with other chemicals to enhance effectiveness.  It has been used in crop control, control of marijuana and coca crops, and in genetically-engineered herbicide applications.   Glyphosate exposure can be direct because of application or indirect because of persistence in the food chain.  It is found in food products and in water supplies because of runoff from agricultural use.

Global research is underway to understand the potential impact on human health.  In 1985, glyphosate was categorized as a Class C carcinogen by the Environmental Protection Agency.  Class C states there is suggestive evidence of causing cancer.  In 1991 the EPA changed the classification to E, evidence of non-carcinogenicity in humans.

In 2015, the International Agency for Research on Cancer (IARC) classified it (2A) as probably carcinogenic to humans.  IARC has a scientific review process that focuses on independence, access to data, and transparency with participation by IARC scientific committee and observation but not participation of many groups (industry and non-industry).   IARC looked at animal research, DNA damage, and cancer.

In 2015, the European Food Safety Authority released a report that concluded glyphosate was unlikely to pose a carcinogenic hazard to humans and they proposed a new safety measure that will tighten the control of glyphosate residues in food. The most recent meta-analysis published in 2019, states that there is a compelling link between non-Hodgkins lymphoma and glyphosate.

This same year, in recognition of the need for a global federation to address the threat of toxic environmental chemicals to human reproductive and developmental health on the global stage, FIGO adopted its opinion, Reproductive Health Impacts of Exposure to Toxic Environmental Chemicals.    When this opinion on environmental exposures was released at our FIGO World Congress of 2015, we also established a global Working Group on the topic of Reproductive and Developmental Environmental Health, (RDEH). This working group set a global agenda on the impact of toxic exposures on women’s health. Due to the importance of this issue, and the recognised impact on the health and well-being of women and newborn children worldwide, in 2018 the working group was recognised for the impact it has had and was designated a formal FIGO Committee.

Glyphosate will be up for renewal in 2022 in the European Union; and a panel of member states will review assessment.  France has committed to stopping glyphosate usage, and in finding alternative environmentally favorable resources.  In 2019, HEAL the Health and Environment Alliance cited new studies that documented transgenerational effects of glyphosate and stated that if a pesticide shows harm that occurs generations down the line, it offers an opportunity for the European Commission to take precautionary measures to protect health.  1.3 million citizens signed an Initiative to ban glyphosate

FIGO, who for over sixty-five years has collaborated with the world’s top health bodies including working in official relations with the World Health Organization, and consultative status with the UN, including the United Nations Population Fund and a broad range of other partners including March of Dimes, points out the inherent problem of the production of many types of chemicals, that they are released into the environment and with current policy it is up to the public, the scientists in the public interest and physicians to prove HARM before chemicals are removed from the market.  Contrast this approach with the pharmaceutical industry, where they must prove safety before use by the public.

Our priorities should be in establishing safety, now and across generations, prior to exposure to chemical products.

FIGO invokes a Precautionary Principle as noted by the Wingspread Conference:

“When an activity raises threats of harm to human health or the environment, precautionary measures should be taken even if some cause and effect relationships are not fully established scientifically.”

Global health should be our guiding light.  We recommend that glyphosate exposure to populations should end with a full global phase out.