Internal Monsanto records just filed in court show that a corporate intelligence group hired to “to take the temperature on current regulatory attitudes for glyphosate” reported that the White House could be counted on to defend the company’s Roundup herbicides. 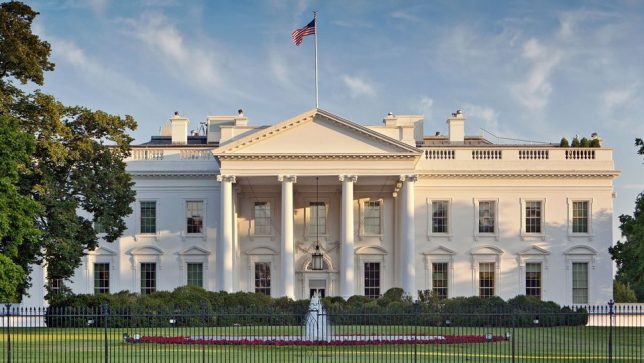 In a report attached to a July 2018 email to Monsanto global strategy official Todd Rands, the strategic intelligence and advisory firm Hakluyt  reported to Monsanto the following:

“A domestic policy adviser at the White House said, for instance: ‘We have Monsanto’s back on pesticides regulation. We are prepared to go toe-to-toe on any disputes they may have with, for example, the EU. Monsanto need not fear any additional regulation from this administration.”

In the email accompanying the report, Hakluyt’s Nick Banner told Rands the information related to issues both for the United States and for China. The report notes that “professional” staff has “sharp” disagreement with “political” staff on some areas, but that the concerns of some of the professional staffers would not get in the way.

“We heard a unanimous view from senior levels of the EPA (and USDA) that glyphosate is not seen as carcinogenic, and that this is highly unlikely to change under this administration – whatever the level of disconnect between political and professional staffers.”

The report said that a former Environmental Protection Agency (EPA) lawyer and a U.S. Department of Agriculture (USDA) official confirmed that both agencies see the World Health Organization’s International Agency for Research on Cancer (IARC) classification of glyphosate as a probable human carcinogen as “flawed” and incomplete.

“There is little doubt that the EPA supports the use of glyphosate,” the report says. It quotes a current EPA lawyer as saying: “We have made a determination regarding glyphosate and feel very confident of the facts around it. Other international bodies… have reached different conclusions, but in our view the data is just not clear and their decision is mistaken.”

The report also suggests similarities between the Trump Administration’s support for glyphosate and its actions around a pesticide called chlorpyrifos that is the active ingredient in an insecticide made by Dow Chemical, now DowDupont. There is a large body of science showing that chlorpyrifos is very damaging to children’s brain development and that children are most often exposed through the food and water they consume. Chlorpyrifos was due to be banned from agricultural use in 2017 because of its dangers but the Trump administration postponed the ban at the request of Dow and continues to allow its use in food production.  The Hakluyt reports says:

“The way the EPA under the Trump administration has handled Chlorpyrifos might be instructive in how it would handle new science or new developments related to glyphosate.”

At the time the report was delivered to Monsanto last July, Monsanto had just been acquired by the German company Bayer AG and was in the midst of defending itself in the first Roundup cancer trial. That San Francisco case, brought by cancer victim Dewayne “Lee” Johnson, resulted in a unanimous jury verdict handed down in August ordering Monsanto to pay $289 million in damages to Johnson. The judge in the case later lowered the amount to $78 million. A second trial, also held in San Francisco in a separate case, resulted in an $80.2 million verdict for plaintiff Edwin Hardeman.

A third trial is underway now in Oakland, California. Closing arguments are scheduled for tomorrow in that case, brought by a husband and wife who both have non-Hodgkin lymphoma they allege is due to their decades of using Roundup.

The documents that include the Hakluyt report were filed in Alameda County Superior Court by lawyers representing the plaintiffs in the current case – Alva and Alberta Pilliod.

The filing is in response to Monsanto’s effort to tell jurors about a recently released EPA glyphosate assessment in which the agency reaffirmed its finding that glyphosate does not cause cancer. The Pilliod lawyers say the Hakluyt communications with Monsanto speak “directly to the credibility of the 2019 EPA glyphosate evaluation, issued by an administration which holds itself out as favoring Monsanto’s business interests.”

The Hakluyt report to Monsanto also notes that increasingly professional staffers inside “most” federal agencies are feeling at odds with political staffers on issues such as pesticide regulation, climate science and other matters.

“While this appears to be true of various agencies – Health and Human Services, Commerce, Education, Interior, the Food and Drug Administration, and so on- the EPA may be the leading example of this phenomenon.”

The report quotes a prominent Washington DC law firm partner who has “extensive contacts at the EPA as saying:

“In essence, the political leadership favors deregulation and dismisses the expert risk analysis. It is especially averse to theoretical risk analysis, for example, on the risks of glyphosate, about which a scientific consensus is yet to form… With regard to glyphosate, in particular, the differences between political and professional staff are sharp.”

The professional staffers, those scientists and others who typically have been within an agency for many years through multiple administrations.

Within the EPA, professional staffers are said to have “doubts about glyphosate,” but those doubts “are not shared by the EPA’s leadership.”

The report also provides feedback on Monsanto’s reputation and provides a cautionary note to Bayer, which had just closed the purchase of Monsanto a few weeks before the July 2018 communications:

“Developments in California on glyphosate are striking a chord with the public… The company regularly goes to ‘DEFCON 1’ on the slightest challenge from the environmental, academic or scientific community.”

“Even within the EPA there is unease about your ‘scientific intransigence.”