China is set to introduce maximum residue limits (MRLs) of 200 parts per billion (ppb) or lower for glyphosate in all imported final food products and raw materials including grains, soybeans and other legumes before the end of 2019, according to Sustainable Pulse sources. 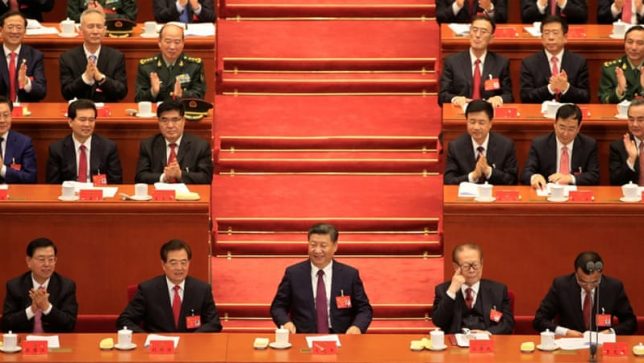 The Chinese introduction of low MRLs, which are officially based on health concerns following the classification of glyphosate as a probable human carcinogen in 2015 by the International Agency for Research on Cancer, has been expected by both U.S. and Australian farming organizations for some time.

China’s action would likely decrease the global use of glyphosate as a desiccant. The practice, known as desiccating, pre-harvest spraying or crop topping, is favored by many ‘conventional’ farmers as a way to hasten the even ripening of grains, such as wheat, oats and barley, as well as legumes and other crops such as sunflowers and potatoes, even though it is not a recommended use of the increasingly controversial weedkiller. Desiccation leads to higher levels of the herbicide in harvested crops and final food products.

In Australia the largest farming co-operative, CBH, with revenue of AUD $3.47 billion and profit of AUD $247.6 million last year, has already acted to ban desiccation according to the Australian Financial Review, after its testing during the 2017-18 harvest detected glyphosate in more than 56 % of barley samples. Australian National Residue Survey testing detected glyphosate in 77 per cent of all samples, up from 60 per cent during the 2016-17 harvest.

In a briefing to farmers just before the start of harvest in 2018, CBH said it had a responsibility to protect and maintain market access and didn’t believe this was possible in sending barley treated with glyphosate before harvest to China.

China currently has no set maximum residue limits for glyphosate but one prominent grain industry figure, who did not want to be named while talking to the Australian Financial Review, said exporters saw it as only a matter of time before Beijing raised the issue as part of retaliatory action over Australia’s foreign policy.

It is expected that China will now import more grains from Russia, where glyphosate is not widely used as a desiccant. This also enables China to use glyphosate as a political tool in the current U.S. / China trade war, as food and raw material imports from the U.S., which often contain high levels of the weedkiller, will be put under major pressure.

It is for this reason that China is walking the glyphosate tightrope rather than calling for a phase-out like France or an outright ban.