Researchers with the renowned Ramazzini Institute (RI) in Italy announce that a large-scale lifetime study of lab animals exposed to environmental levels of cell tower radiation developed cancer. A $25 million study of much higher levels of cell phone radiofrequency (RF) radiation, from the US National Toxicology Program (NTP), has also reported finding the same unusual cancer called Schwannoma of the heart in male rats treated at the highest dose. In addition, the RI study of cell tower radiation also found increases in malignant brain (glial) tumors in female rats and precancerous conditions including Schwann cells hyperplasia in both male and female rats. 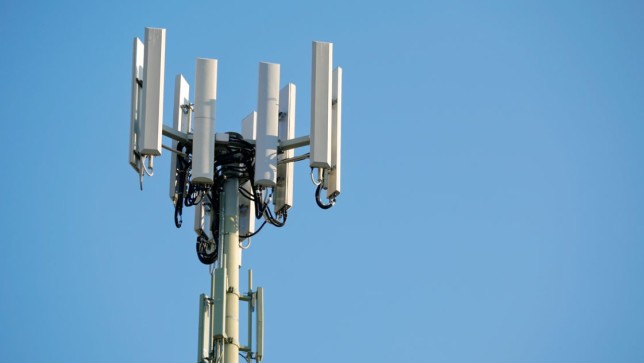 “Our findings of cancerous tumors in rats exposed to environmental levels of RF are consistent with and reinforce the results of the US NTP studies on cell phone radiation, as both reported increases in the same types of tumors of the brain and heart in Sprague-Dawley rats. Together, these studies provide sufficient evidence to call for the International Agency for Research on Cancer (IARC) to re-evaluate and re-classify their conclusions regarding the carcinogenic potential of RFR in humans,” said Fiorella Belpoggi PhD, study author and RI Director of Research.

The Ramazzini study exposed 2448 Sprague-Dawley rats from prenatal life until their natural death to “environmental” cell tower radiation for 19 hours per day (1.8 GHz GSM radiofrequency radiation (RFR) of 5, 25 and 50 V/m). RI exposures mimicked base station emissions like those from cell tower antennas, and exposure levels were far less than those used in the NTP studies of cell phone radiation.

“All of the exposures used in the Ramazzini study were below the US FCC limits. These are permissible exposures according the FCC. In other words, a person can legally be exposed to this level of radiation. Yet cancers occurred in these animals at these legally permitted levels. The Ramazzini findings are consistent with the NTP study demonstrating these effects are a reproducible finding,” explained Ronald Melnick PhD, formerly the Senior NIH toxicologist who led the design of the NTP study on cell phone radiation now a Senior Science Advisor to Environmental Health Trust (EHT). “Governments need to strengthen regulations to protect the public from these harmful non-thermal exposures.”

“This important article from one of the most acclaimed institutions of its kind in the world provides a major new addition to the technical literature indicating strong reasons for concern about electromagnetic radiation from base stations or cell towers,” stated Editor in Chief of Environmental Research Jose Domingo PhD, Professor of Toxicology, School of Medicine at Reus University, Catalonia, Spain.

“The US NTP results combined now with the Ramazzini study, reinforce human studies from our team and others providing clear evidence that RF radiation causes acoustic neuromaa (vestibular schwannoma) and gliomas, and should be classified carcinogenic to humans,” stated Lennart Hardell MD, PhD, physician-epidemiologist with the Department of Oncology, University Hospital, Örebro, Sweden, who has published extensively on environmental causes of cancer including Agent Orange, pesticides and cell phone radiofrequency radiation.

“The evidence indicating wireless is carcinogenic has increased and can no longer be ignored,” stated University of Toronto Dalla Lana School of Public Health Professor Emeritus Anthony B. Miller MD, Member of the Royal Colleges of Physicians of Canada and the UK, and Senior Medical Advisor to EHT who is also a long-term advisor to the World Health Organization.

“This study raises concerns that simply living close to a cell tower will pose threats to human health. Governments need to take measures to reduce exposures from cell tower emissions. Cell towers should not be near schools, hospitals or people’s homes. Public health agencies need to educate the public on how to reduce exposure from all sources of wireless radiofrequency radiation—be it from cell towers or cell phones or Wi-Fi in schools,” stated David O. Carpenter MD, former Dean of the School of Public Health at the University at Albany. “This is particularly urgent because of current plans to place small 5G cell towers about every 300 meters in every street across the country. These 5G ‘small cell’ antennas will result in continuous exposure to everyone living nearby and everyone walking down the street. The increased exposures will increase risk of cancer and other diseases such as electro-hypersensitivity.”

Ramazzini Institute investigators have completed nearly 500 cancer bioassays on more than 200 compounds, and their study design is unique in that animals are allowed to live until their natural deaths in order to allow detection of late-developing tumors. Eighty percent of all human cancers are late-developing, occurring in humans after 60 years of age. This longer observation period has allowed the RI to detect such later-occurring tumors for a number of chemicals, and their published research includes studies of benzene, xylenes, mancozeb, formaldehyde and vinyl chloride.

The Ramazzini research results come in the wake of similar findings from the US National Toxicology Program (NTP) large-scale experimental studies on cell phone radiation. Both studies found statistically significant increases in the development of the same type of very rare and highly malignant tumor in the heart of male rats—schwannomas.

“This publication is a serious cause for concern,” stated Annie J. Sasco MD, DrPH, SM, MPH, retired Director of Research at the INSERM (French NIH) and former Unit Chief at the International Agency for Research on Cancer/World Health Organization, France, who commented that, “some of the results are not statistically significant due to the relatively small number of animals involved. Yet, that does not mean they should be ignored. Larger studies could turn out statistically significant results and in any event statistical significance is just one aspect of evaluation of the relation between exposure and disease. Biological significance and concordance of results between humans and animals clearly reinforces the strength of the evidence of carcinogenicity. The facts that both experimental studies found the same types of rare tumors, which also have pertinence to the human clinical picture, is striking,”

“Such findings of effects at very low levels are not unexpected,” stated Devra Davis PhD, MPH, president of EHT, pointing to a Jacobs University replication animal study published in 2015 that also found very low levels of RFR promoted tumor growth. “This study confirms an ever growing literature and provides a wake-up call to governments to enact protective policy to limit exposures to the public and to the private sector to make safe radiation-free technology available.”

In January 2017 at an international conference co-sponsored by Environmental Health Trust and the Israel Institute for Advanced Study at Hebrew University, Fiorella Belpoggi PhD, Director of Research at the Ramazzini Institute, presented the study design and the findings that RFR-exposed animals had significantly lower litter weights. Belpoggi’s presentation and slides are available online. The Ramazzini findings of lower litter weights are consistent with the NTP study, which also found lower litter weights in prenatally exposed animals. At that time, the  Italian journal Corriere published an article about the presentation of the Ramazzini study and quoted Belpoggi’s recommendation of “maximum precaution for children and pregnant women.”

Noting that “current standards were not set to protect children, pregnant women, and the growing numbers of infants and toddlers for whom devices have become playthings,” Davis, who is also Visiting Professor of Medicine of Hebrew University Medical Center and Guest Editor in Chief of the journal Environmental Research, added, “Current two-decade old FCC limits were set when the average call was six minutes and costly cell phones were used by very few. These important, new, game-changing studies show that animals develop the same types of unusual cancers that are being seen in those few human epidemiological studies that have been done. In light of these results, Environmental Health Trust joins with public health experts from the states of California, Connecticut and Maryland, as well as those in France, Israel and Belgium to call on government and the private sector to carry out major ongoing public health educational campaigns to promote safer phone and personal device technology, to require and expedite fundamental changes in hardware and software to reduce exposures to RFR/microwave radiation throughout indoor and outdoor environments, and to institute major monitoring, training and research programs to identify solutions, future problems and prevention of related hazards and risks.”

“More than a dozen countries recommend reducing radiofrequency radiation exposure to children, and countries such as China, Italy, India and Russia have far more stringent cell tower radiation regulations in place when compared to the United States FCC. However, this study provides scientific evidence that governments can use to take even further action,” stated Theodora Scarato, Executive Director of EHT.