Categorized as
14974
Tagged as
agriculturecorncropsfarmersGMOharmincrease
Related

According to a recent article, the Trump Administration intends to increase pressure on Europe and China to accept food containing genetically modified organisms (GMOs). An Administration task force has been set up to advance these goals, despite a history of European resistance and caution in China. 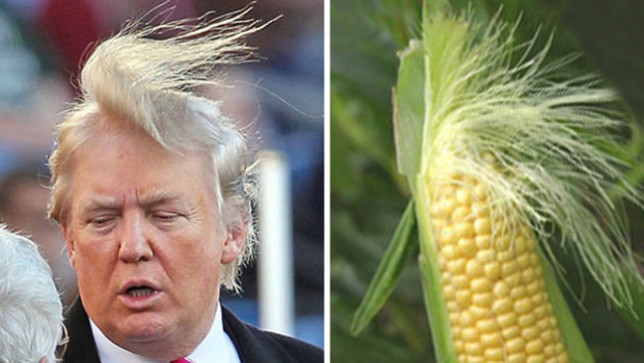 The Administration claims that GMOs should be accepted on scientific grounds. And it says that its motivation for this policy is to provide large benefits to rural economies that grow these crops, and sustainability. This is undoubtedly aimed at currying favor with an important Trump constituency. But on balance, science does not support the value of GMOs for rural society or sustainability in the U.S.—just the opposite. Several recent research studies have added to the mounting record of GMOs contributing to harmful industrial agriculture in the U.S.

So far, GMOs have largely been the handmaiden of corporate seed and pesticide companies. The vast majority of acres are planted to herbicide-resistant and Bt insect-resistant crops like corn, soybeans, and cotton owned by these companies under patents that prevent seed saving by farmers. Engineered crops in the U.S. are used overwhelmingly in the predominant industrial agriculture system, which causes extensive environmental harm. Since the advent of engineered crops, this trend toward industrialization has only increased, with increasing monocultures of one or two crops that are more vulnerable to pests and other problems.

Engineered crops require less labor per acre, reducing the need for workers and jobs on farms. On the other hand, the National Academy of Sciences (NAS) found in a major report last year that genetically engineered (GE) crops do not increase productivity or reduce tillage, which has often argued to be a major sustainability benefit of these crops. As pointed out by the NAS, most of the gains in conservation tillage preceded the introduction of herbicide-resistant GMOs.

The trend toward reduced labor and industrialization has not led to wellbeing in rural communities. Studies by sociologists have long found that by many measures, rural areas dominated by industrial agriculture faired poorly compared to areas with more diverse farming systems.

With increasing adoption of newer industrial farming technologies—corresponding to the growth and dominance of GMOs in major commodity crops—net farm profits are now as low as any time since 2000. In the meantime, the cost of growing these crops has risen dramatically over this same time period. In other words, proportionately more farm revenue is going to pay for land, increasingly expensive corporate seed and other industrial inputs, not to farmers. It is hard to see this as a formula for prosperity in farm country, as farmers are squeezed more and more by economically powerful corporate interests.

GMOs have also facilitated the consolidation of the seed industry, through patents and contracts. This has led to bundled seed products like GMO traits and pesticide seed coatings. These increase exposure of the environment, farmers, and residents of rural communities to harmful pesticides, as well as increase costs to farmers.

The unsustainability of industrial agriculture is epitomized by increasingly dysfunctional weed control, aided and abetted by GMO herbicide-resistant crops. The skyrocketing increases in glyphosate herbicide use encouraged by these crops has resulted in an epidemic of weeds no longer controlled by this important herbicide. By now, this is widely known.

But mounting problems caused by industry’s “solution” of new GMO crops resistant to old herbicides like dicamba are just emerging. Harm to neighboring crops, especially non-GMO soybeans, from dicamba drift during and after spraying of the new engineered crops is pitting farmer against farmer. This led Arkansas to ban its use. By late July, reports of harm from dicamba drift topped 700 complaints, greatly exceeding previous years. High rates of crop damage are now reported by other states, with Missouri and Tennessee also restricting use. The result of dicamba harm is likely to be lower productivity for many damaged soybean fields. Actions by states to restrict the use of dicamba should be understood in the context of the desperation of many farmers to control glyphosate-resistant weeds, caused by the use of glyphosate-resistant GMO crops.

It is noteworthy that dicamba damage has occurred after EPA approved new forms of the herbicide intended to reduce its notorious volatilization and drift-damage potential. But as with glyphosate before it, large increases in the use of dicamba and 2,4-D are encouraged by these new GMO crops. And use later in the season when higher temperatures increase volatility at a time when susceptible crops are vulnerable, may overwhelm the reduced volatility of new forms of the herbicide.

Farmers may also have been blindsided due to restrictions on research by academic scientists on the volatilization and drift potential of the new herbicide formulations. Several academic weed scientists commented that they were not allowed to test these properties in a timely way. Alarming restrictions on the traditional roles of academic research, due to patents on GMO crops, were revealed several years ago. The industry and its supporters claimed that voluntary measures to allow research had addressed this problem. The current situation exposes the fallacy of those assurances.

It does not take a cynic to wonder whether Monsanto anticipates that many more soybean farmers will be forced to adopt this new menace simply to avoid harm from herbicide drift. That won’t save fruits and vegetables that are not engineered for herbicide resistance, harming thriving local food production.

And before long, these new crops will fail as have, increasingly, glyphosate-resistant crops. Weeds are already developing resistance to all of these herbicides, and many have resistance to multiple chemicals, making herbicides as a whole increasingly ineffective.

Meanwhile, agro-ecological methods that are not dependant on these herbicides are available for growing corn and soybeans and are practical, highly productive, as well as good for the environment.

Long-term research that demonstrates this also shows that these methods are as or more profitable than industrial farming but use far fewer synthetic chemicals. And, importantly, more profit goes to workers and farmers than to buy inputs like more expensive GMO seed, pesticides, and fertilizer. In other words, more of the profit stays with farmers and farm workers to spend in their own communities.

Insecticides That Harm Bees, Coupled with GMO Crops, Are Not Needed

A similar situation is unfolding with neonicotinoid insecticide seed coatings, which were supposedly safer than earlier insecticides. Years of research shows that “neonics” are harming bees and other helpful farm insects, and many other beneficial organisms. Pesticide and GMO companies have challenged this research by claiming that the evidence of harm from farm fields, rather than labs, is inadequate. This neglects the overall convincing weight of the evidence from many experiments, and also neglects convincing field data on harm of important wild pollinators like bumblebees.

But now, two research papers confirmed that neonics harm honeybees on the farm, including near crops such as corn. This is particularly important because corn is our most widely grown crop, at around 90 million acres.

I recently published, with Center for Food Safety, the most extensive analysis to date of the peer-reviewed science literature on neonic corn seed coating efficacy and alternatives. It documents dramatically increasing use of coated seed in parallel with Monsanto’s engineered gene to control rootworms.

Monopoly control allows corporations to apply the insecticide to corn seed without providing farmers a choice, so that now about 90 percent or more of this seed is coated with neonicotinoid insecticides. This contradicts the common claim that engineered Bt corn has dramatically reduced insecticide use on that crop. While the volume has decreased, the amount of land exposed has gone up dramatically. This allows many more pollinators and other beneficial organisms to be exposed—one of the basic measures of risk. Bt corn has been accompanied by an increase from about 30 percent of the corn cropland exposed to insecticide before the engineered trait to about 90 percent now—not a reduction to 18 percent of acres treated with insecticides due to Bt, as previously claimed.

The new report shows that harmful neonic insecticide seed coatings rarely increase productivity, are an unnecessary cost to farmers, and that alternatives using agro-ecology methods are productive and beneficial for the environment. This puts to rest the self-serving claims of the industry that these seed coatings are needed to protect corn productivity.

GMOs did not cause neonic seed coatings, and some of the remaining non-GMO corn may also be treated with neonics and other pesticides. But GMOs and neonics are part of the same industrial seed package. And as well, the use of neonics contradicts the claims that Bt has reduced insecticide use in corn as determined by the critically important measure of exposure, contrary to previous claims.

What About the Future?

Advocates for GMO crops suggest that the dominance of current engineered traits like herbicide resistance, or the problems they cause, are mere anomalies or coincidence. They like to focus on possible future crops that they feel would be more beneficial. Or they like to point to the few traits like virus-resistant papaya, commercialized 20 years ago and grown on a tiny percentage of GMO acres, to demonstrate the potential for benefit. But the dominance of the current crops is a fact that has remained for the 20-plus years of commercial GMO use, and the reasons for this need to be understood, not dismissed offhand.

Advocates of GMOs, perhaps scientists especially, also complain that those that are critical of the technology ignore similar issues with conventionally bred crops. That criticism may have some merit for some GMO critics, although many others understand that conventional breeding for industrial agriculture also leads to harm. Still, even if GMOs are a leading edge of industrial agriculture, rather than its sole embodiment, this does not reduce the harm they are causing.

If future GMO crops are to have a possibility of playing positive environmental and social roles, on balance, it will require that they are developed and deployed under policies and other conditions that favor and value agro-ecology, rural society, food sovereignty, and the environment over corporate control and excessive profit. For the most part, those conditions do not currently exist. That does not mean that some GMO traits won’t be developed which provide some benefits. But until there is fundamental change in food and farming systems, the technologies will be dominated by GMO crops designed to foster industrial agriculture. This is hardly a formula for either rural benefit or sustainability.