The first chamber of the Mexican Supreme Court of Justice of the Nation (SCJN) has refused to review or analyze an appeal by Monsanto regarding the issuance of commercial permits for the sowing of GMO maize in the country. 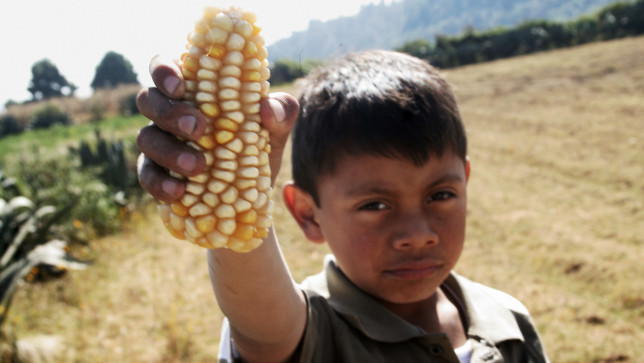 In this way, the decision to resolve the GMO trials involving the companies Monsanto, Dow, Pioneer and Dupont, as well as the Mexican Government Departments of the Environment and Agriculture, and on the other side, civil society and academic organizations that are opposed to the sowing of GMO maize, will have to be resolved by the First Collegiate Court on Civil Matters.

This review case began last January, when the Collegial Court was about to issue a ruling on whether to maintain the precautionary measure imposed in September 2013, which banned the authorizations for GMO maize plantings pending resolution of the problem. On January 26, the Court suspended the vote on the resolution because Monsanto submitted a petition to the SCJN.

The lawyer of the civil society Corn Collective, René Sánchez Galindo, explained that last Wednesday in a private meeting, the Supreme Court judges evaluated the appeal that Monsanto filed. None of the judges endorsed the company’s request, which was a requirement for the Court to place the appeal on its docket.

Galindo considered that the arguments of the company—that transgenic maize is not harmful to health and the environment—are repetitive and reiterate what the companies Dow, Pioneer and Dupont said in another 22 lawsuits. He recalled that the Appeals Court ruled, inter alia, that the benefits of GMOs are uncertain. This decision was not contested by the Biotech companies, which have not been able to show the economic benefit of GMOs.

The suspension of planting GMO maize has been in force throughout the country after a court decision three and a half years ago, after a group of organizations, academics and citizens presented a collective action against the planting of GMO maize in Mexico.

In that year (2013) the federal government was ready to give commercial permits for the cultivation of GMO Maize, but District Court 12 determined that the government should set as a precautionary measure the suspension of the issuance of planting permits to companies until the courts could consider the scientific and economic metrics.

This original measure was decided based on considering the risk of environmental damage from the cultivation of GMO maize. The companies that had submitted applications for commercial planting permits challenged the resolution.

Since then, both the Mexican Environment and Agriculture Departments and the Biotech companies have filed about 100 challenges, including 26 appeal trials, 16 review appeals, 15 complaints, seven revocations and seven challenges to the admission of the complaint, According to the organization Seeds of Life.

After surpassing all those challenges, the trial began in May 2016, with the original judicial determination to maintain the suspension of the cultivation of transgenic maize.