A new study published Monday in Scientific Reports, an online, open access journal from the publishers of Nature, has shown that the glyphosate-based Roundup herbicide causes non-alcoholic fatty liver disease in rats at very low doses. 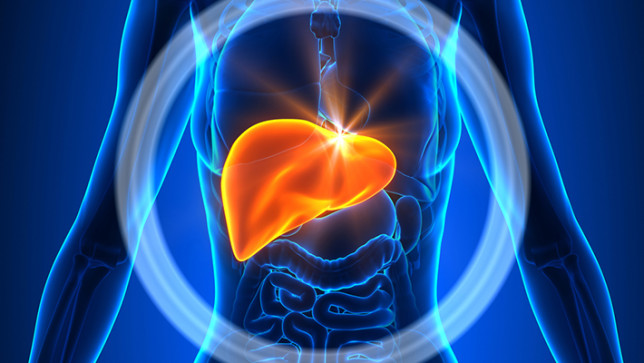 The new peer-reviewed study led by Dr Michael Antoniou at King’s College London using cutting edge profiling methods describes the molecular composition of the livers of female rats administered with an extremely low dose of Roundup weedkiller over a 2-year period. The dose of glyphosate from the Roundup administered was thousands of times below what is permitted by regulators worldwide. The study revealed that these animals suffered from non-alcoholic fatty liver disease (NAFLD).

Dr. Antoniou stated Monday; “The findings of our study are very worrying as they demonstrate for the first time a causative link between an environmentally relevant level of Roundup consumption over the long-term and a serious disease – namely non-alcoholic fatty liver disease. Our results also suggest that regulators should reconsider the safety evaluation of glyphosate-based herbicides.”

The results of this study demonstrate that long-term consumption of an ultra-low, environmentally relevant dose of Roundup at a glyphosate daily intake level of only 4 nanograms per kilogram of body weight per day, which is 75,000 times below EU and 437,500 below US permitted levels, results in non-alcoholic fatty liver disease (NAFLD).

Regulators worldwide accept toxicity studies in rats as indicators of human health risks. Therefore, the results of this latest study may have serious consequences for human health.

NAFLD currently affects 25% of the US population. Risk factors include being overweight or obese, having diabetes, high cholesterol or high triglycerides in the blood. Rapid weight loss and poor eating habits also may lead to NAFLD. However, some people develop NAFLD even if they do not have any risk factors. Symptoms include fatigue, weakness, weight loss, loss of appetite, nausea, abdominal pain, spider-like blood vessels, yellowing of the skin and eyes (jaundice), itching, fluid build-up and swelling of the legs (edema) and abdomen (ascites), and mental confusion. NAFLD can progress to the more serious condition non-alcoholic steatohepatitis (NASH).

NASH causes the liver to swell and become damaged. Most people with NASH are between the ages of 40 and 60 years. It is more common in women than in men. NASH is one of the leading causes of cirrhosis in adults in the United States. Up to 25% of adults with NASH may have cirrhosis.

It has previously been reported that the gene function profile (“transcriptomics”) analysis; i.e., which genes are turned off or on and at what level, in livers and kidneys from female rats fed an ultra-low dose of Roundup (Mesnage et al., 2015).

These results supported observations at an anatomical (organ) and blood/urine biochemical level that these organs suffered an increased incidence of structure and functional damage [fibrosis (scarring), necrosis (areas of dead tissue), phospholipidosis (disturbed fat metabolism) and damage to mitochondria (the centres of respiration in cells)] compared to control animals (Mesnage et al., 2015). However, although gene function profile transcriptomics analysis is able to predict health or disease status of an organ, it does not provide definitive proof of harm. This is mainly because it does not give a direct measure of the actual biochemistry of the organ under study – and also because alterations in gene function seen in a test do not always result in changes in physical composition (proteins, small molecule biochemical) that could lead to disease.

In this new study the scientists undertook a follow-up protein composition profile (“proteomics”) and small molecule metabolite biochemical profile (“metabolomics”) investigation of the same liver samples to confirm the prediction of disease suggested by the previous transcriptomics gene expression profile analysis. As the proteomics and metabolomics directly measure the actual composition of the organ, these analytical methods provide a definitive assessment of its health or disease status.

(i)             Metabolomics: analysis of types and amounts of small molecule metabolites or chemicals within the organ or system being studied

(ii)            Proteomics: analysis of the types and levels of proteins within the organ or system being studied

These omics analyses reveal molecular signatures that can be used to predict and/or confirm long-term toxic effects resulting from the consumption of a chemical pollutant, in this case Roundup.