Last week the U.S. corporation Monsanto, which holds a leading position in the global market of genetically modified organisms (GMOs), reached a licensing agreement with the Broad Institute, Cambridge, USA, on the commercial use of the innovative genome-editing technology CRISPR/Cas9 for agriculture applications. This news has led some experts to believe that Monsanto will now completely switch from producing ‘traditional’ GMOs to ‘genetically edited’ organisms, which are supposedly ‘safer and practically identical’ to their natural alternatives.

Let’s have a closer look at this technology which makes GMO supporters feel so enthusiastic and has been positioned by them as the universal panacea solving all of mankind’s problems. We will also delve deeper into some of the darker aspects of CRISPR/Cas9; the points that biotechnology lobbyists prefer not to discuss.

Do You Trust Monsanto to ‘Play God’ with CRISPR?

In a press release dated 22 September 2016 Monsanto stated that technology CRISPR/Cas9 would be used as complementary to the methods of genetic modification that are already being used.  Firstly, there is of course no mention of stopping the use of traditional GMOs, as this is not the plan. Secondly, the licensing agreement that Monsanto signed with the Broad Institute is certainly not the first one they have made for CRISPR technology. Earlier this year the company  entered into similar licensing agreements to use gene-editing technologies developed by other research organizations, namely, the Nomad Bioscience GmbH, Germany, and TargetGene Biotechnologies Ltd. , Israel.

Regarding Monsanto’s latest CRISPR deal, the Broad Institute does clarify that there are several important restrictions in the agreement with Monsanto including;

RESTRICTION 1: prohibits Monsanto to use CRISPR/Cas9 for creating sterile seeds (also known as suicide seeds or terminator seeds). By preventing plants from producing fertile seeds, Monsanto forces farmers to purchase seed from the company each year.

RESTRICTION 2: forbids using CRISPR/Cas9 for launching so called ‘gene drive’ mechanisms.  It is known that natural genetic changes need quite some time to spread within a species range. The reason is that mutation, located only in one chromosome in a pair, is inherited only by a half of the offspring. However, ‘gene drive’, created with CRISPR/Cas9 technology, allows to vastly speed up the spread of changes, making this process practically uncontrollable.

Despite these restrictions do we really want to give Monsanto such new power to ‘Play God’ with a technology that has not been correctly safety tested over the long-term? Based on their record so far it does not seem like they are the correct company to do so!

So what is CRISPR? It is a rudimentary immune system of bacteria that gives them resistance to viruses. The acronym CRISPR stands for Clustered Regularly Interspaced Short Palindromic Repeats. Lest we get lost in scientific terminology I will try to explain how it works in laymen’s terms:

The CRISPR mechanism consists of two key components – gene scalpel (Cas9 protein), which can cut certain fragments of DNA, and gene guide (guiding RNAs), which leads the scalpel exactly to those fragments of DNA, which must be cut.

When a known virus penetrates a bacteria cell, the guiding RNA identifies it by its DNA fragment and sends the Cas9 protein to delete it. If a virus is unknown, bacterium starts to cut different fragments of DNA from the unknown genome adding them to its own «database». This is how bacteria build up their adaptive immune system. Such a system allows them to recognize more and more viruses and to resist various infections.  The most in-demand viral DNA fragments stay in bacterium’s DNA and are inherited by their ‘descendants’.

Now it is easy to imagine how the gene-editing technology works. If we ‘load’ a synthetic version of RNA with pre-set parameters into the gene guide, the gene scalpel (Cas 9) can be aimed to any desired fragment of DNA. Thus, the scientists face a revolutionary perspective of editing (changing, deleting, replacing) genes of any living organism, including human genes.

How Close Are we to Gattaca?

Do you remember the film ‘Gattaca’, with Uma Thurman playing one of the lead roles? The futuristic storyline concentrates on people learning to manually ‘edit’ the genetic parameters of their yet-to-be-born children. They ended up in a society built on genetic segregation and in inequality and suppression, the likes of which the world had never seen before.

After the invention of CRISPR/Cas9 we can say that, generally speaking, the age of ‘Gattaca’ has already begun.  Today, many laboratories all over the world are actively experimenting with the new opportunities provided by gene-editing.

In an article dedicated to CRISPR/Cas9 technology (The New Yorker, November 2015) Feng Zhang, a U.S. scientist from the Broad Institute, was given an apt name – ‘the gene hacker’.

In February 2016 the UK government allowed the editing of the DNA of human embryos for scientific purposes using CRISPR/Cas 9. As a base of the UK decision ‘experimental samples’ will be destroyed after 14 days, so there is supposedly no direct threat of the appearance of ‘gene-edited humans’ yet. Sadly however we all know too well where this process may end…

The ‘gene-drive’ mechanism accompanied with the relevant progress in CRISPR/Cas9 technology can be used as a genetic weapon of mass destruction, both by governments and by terrorist organizations.

The science fiction story in which the uncontrollable spread of genetic mutations leads to catastrophe on a planet (The Legacy, dilogy written by Sergey Tarmashev) looks more and more like a scary reality, if we take into consideration all of the negative consequences of a global ‘gene drive’. To add one more example: the plot of a new season of ‘X-Files’ is based on a human genocide scenario with the use of CRISPR/Cas9.

You might be thinking: ‘You are exaggerating and using too much fiction’? Unfortunately not.

The Director of U.S. National Intelligence James R. Clapper in his speech for Senate Armed Services Committee on 9 February 2016 stated that a scientific breakthrough in genome editing has led him to consider this technology as a weapon of mass destruction. In his words; “given the broad distribution, low cost, and accelerated pace of development of this dual – use technology, its deliberate or unintentional misuse might lead to far-reaching economic and national security implications”. This is why the gene drive technology and editing of the human germline have become of particular concern for American and European biologists.

Despite the concerns of Clapper, where the U.S. government sees a threat, it is there that they usually look for new opportunities. So, it is not surprising that the scientific research in the field of gene editing is funded, inter alia from the budget of the Defense Advanced Research Projects Agency (DARPA).  In other words, genes, along with the five ‘domains of warfare’ – Land, Sea, Air, Space, Information, become another domain in which the wars of the future will be carried out. Or maybe, wars in this domain have already been unleashed?

By all means, Russian science should pursue research in to genetic engineering and bioinformatics. We need this to assess processes correctly in the world around us and to create mechanisms protecting the genetic safety of Russia’s population. At the same time there is no need to hurry with the commercialization of CRISPR/Cas9. Until we reach a point when all possible collateral risks have been comprehensively studied, the circulation of genetically edited organisms and especially gene-drive modified organisms in Russia should be prohibited, in the same way GMOs have been. 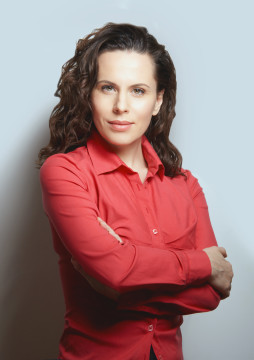