On the eve of the U.S. National Academies of Sciences and Medicine International Summit on Human Gene Editing, the Center for Genetics and Society and Friends of the Earth released a new report Monday, Extreme Genetic Engineering and the Human Future: Reclaiming Emerging Biotechnologies for the Common Good. 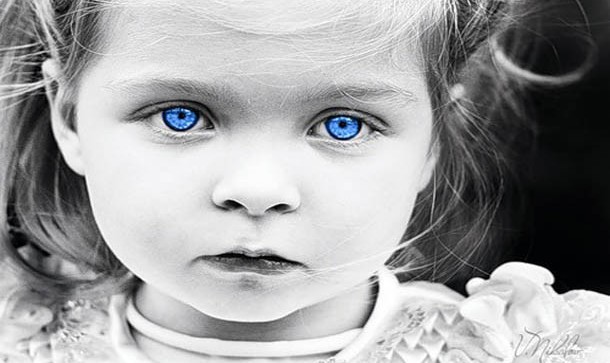 With the breakneck speed of recent developments in genetic engineering and synthetic biology that could be used to alter human DNA, the report examines health, regulatory, social and ethical questions.

The Center for Genetics and Society also released an open letter today, signed by more than 130 advocates and scholars, calling for a ban on heritable genetic modification of human beings.

“Genetic modification of children was recently the stuff of science fiction,” said lead author Pete Shanks, consulting researcher with the Center for Genetics and Society and author of Human Genetic Engineering: A Guide for Activists, Skeptics, and the Very Perplexed. “But now, with new technology, the fantasy could become reality. Once the process begins, there will be no going back. This is a line we must not cross.”

Dana Perls, report co-author and food and technology campaigner with Friends of the Earth explains, “History has shown us that rushing new technologies to market before we understand their impacts on people, our society and our environment can result in negative unintended consequences. We have seen this with the first generation of genetically engineered crops — and the stakes are infinitely higher when it comes to the question of genetically engineering our children.”

Recent research in genetic engineering and synthetic biology has enabled scientists to artificially redesign life — everything from microbes to people. Powerful new techniques for gene editing bring the prospect of redesigning humans much closer. In April 2015, researchers from Sun Yat-sen University in China reported they had used gene editing techniques to alter human embryos for the first time in history. Those embryos were “nonviable,” and could not have been used to initiate a pregnancy, but the attempt itself is a historically significant moment.

“The controversy about germline gene editing often downplays important points, including that we have other ways to avoid transmitting serious genetic diseases to future generations,” said Center for Genetics and Society Executive Director Marcy Darnovsky, PhD, who will present at the National Academies summit. “This technology will alter both human biology and human society. The scientists developing it cannot be the only ones making decisions that are so important for all of us. We need to invite discussion from thought leaders on ethics, disability rights, reproductive justice, and other points of view, to inform best practices toward regulatory oversight.”

Stuart Newman, PhD, professor of cell biology and anatomy at New York Medical College, is a developmental biologist who previously filed a preemptive U.S. patent application to prevent the construction and commercialization of human-nonhuman chimeras. He shares these concerns: “Producing genetically modified human embryos is a first step toward making quasi-humans for spare parts. This will be followed by attempts to produce disease-free and other made-to-order children, with inevitable experimental errors. This is a technological move that will benefit the health of no living person, will harm some future ones, and should be avoided at all cost.”

“These proposed applications raise social justice questions and put us at risk of reviving eugenics –controlled breeding to increase the occurrence of `desirable’ heritable characteristics,” said Emily Smith Beitiks, PhD, associate director of the Paul K. Longmore Institute on Disability at San Francisco State University. “Who gets to decide what diversity looks like and who is valued?”

“It is critical to not breach our scientific and moral integrity in the face of these rapid developments. Historically, research projects thought of as exciting research with no consideration for ethical or moral implications, were in fact egregious mistakes with unintended harmful consequences,” said Milton Reynolds, board chair of Literacy for Environmental Justice. “Only after the harm had been committed — witness the Tuskegee experiments on African American men, and syphilis experiments on Guatemalans — was it clear to those researchers that scientific and moral integrity had been breached resulting in tragic consequences.”

The report puts human gene editing into the context of broader developments in synthetic biology. It examines the systemic and commercial incentives to rush newly discovered biotechnologies to market, regardless of their social utility and ahead of appropriate, transparent assessment and oversight.

The report calls for:

For more information and to read the report and open letter:
www.geneticsandsociety.org/article.php?id=9000
www.foe.org/human-engineering