Welsh Deputy Minister for Farming and Food, Rebecca Evans has announced she intends to take advantage of new EU rules allowing countries to opt out of growing EU-authorised GM crops. 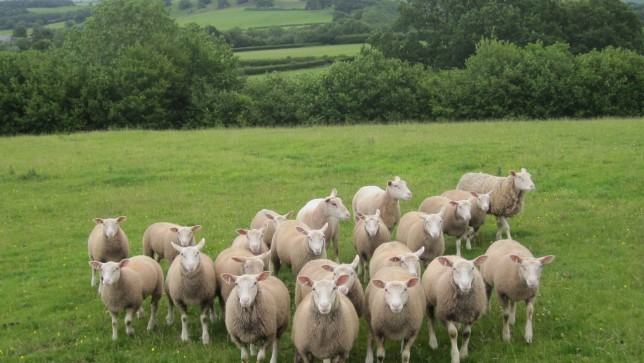 The Minister said she is requesting that the EU excludes Wales from the European consent of a GM maize variety already approved and seven other GM crops currently awaiting authorization.

The Minister said; “These new rules proposed by the European Commission provide Wales with the necessary tools to maintain our cautionary approach by allowing us to control the future cultivation of GM crops in Wales. It will allow us to protect the significant investment we have made in our organic sector and safeguard the agricultural land in Wales that is managed under voluntary agri-environment schemes.

“Farming and food processing businesses remain the driving force of our rural economy. Our emphasis is on competing on quality, strong branding and adding value through local processing.  We, therefore, need to preserve consumer confidence and maintain our focus on a clean, green, natural environment.  By having the ability to control what is grown in Wales we can have confidence in preserving these values.  I have therefore acted now to ban the eight GM varieties from being grown in Wales that are either approved or about to be approved for cultivation in the EU.

“These crops have not been developed for Welsh growing conditions and would be of no real benefit to Welsh farmers at this time.  I will of course keep this position under review and am keeping an open mind on future GM developments and more advanced genetic techniques.”

On Wednesday Germany and Poland also joined the green wave of EU countries that have announced a ban on GM crops over the past month under the new 2015 EU regulations. Latvia, France, Austria, Cyprus, Lithuania, the Netherlands, Scotland, Northern Ireland, Poland, Germany, Greece, Croatia, Hungary, Slovenia and Italy have already opted-out of growing GM crops over the past few weeks: ec.europa.eu/

•       Under EU rules, GM crops must be formally authorised before they can be cultivated in the EU geographical area.
•       The amendment to Directive 2001/18/EC came into force earlier this year and allows Member States and Devolved Administrations to restrict or ban the cultivation of genetically modified organisms (GMOs) within their territory.
•       The amended Directive applies to new cultivation dossiers and not GMOs that have already been or are currently being considered for approval. Transitional arrangements have been put in place to enable Member States and Devolved Administrations to request that their territory is excluded from any consents in relation to applications that were received prior to April 2, 2015.
•       Member States/Regions wishing to use the transitional arrangements to opt out of growing EU approved GM maize MON 810 or any of the GM maize varieties currently awaiting EU approval must notify the European Commission by October 2, 2015.